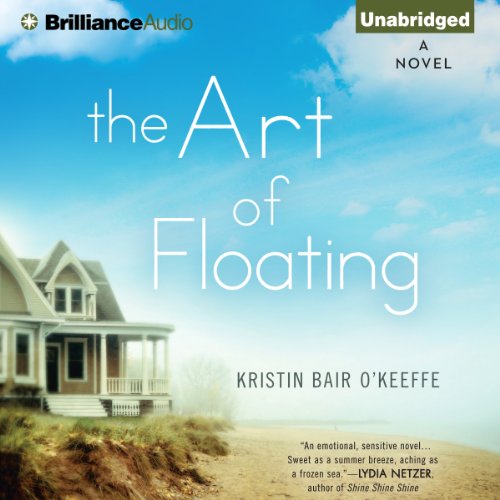 The Art of Floating

At a time when nothing seems real, it takes something truly unusual to put your life into focus.

When her beloved husband, Jackson, disappeared without a trace, popular novelist Sia Dane stopped writing, closed down her house, stuffed her heart into a cage, and started floating. It wasn’t the normal response to heartache, but Sia rarely did things the normal way. Exactly one year, one month, and six days after Jackson’s disappearance, Sia discovers a mysterious man on the beach. He’s mute, unresponsive, and looks as if he has just walked out of the sea. It’s the sort of situation Jackson would have solved with a simple call to the police. But Jackson is gone. As unreal as he seems, Sia is determined to help this man. Perhaps she can return him to his place in the world - to whoever lost him and loves him. Perhaps she can answer their questions the way no one could answer hers. As her friends and family help her winnow her way to the truth, Sia comes to realize that the unfathomable leap between sorrow and healing begins with a single step.
©2014 Kristin Bair O’Keeffe (P)2013 Brilliance Audio, all rights reserved.

I've still got more than an hour to go in this book. I am not enjoying it, but I want to know how the mysteries of the story resolve.

The narrator's reading voice is lovely, but the many characterizations are distractingly poor to my ear, particularly Man Voices and various accents.

The story might be better on the page-- it's story-telling style is eclectic and while maybe fun to see and read, not so much to hear. The combination of the too clever, too desirable, so brilliant protagonist and the magical realism are just doodles that distance rather than engage.

There's a good dog in the story though.