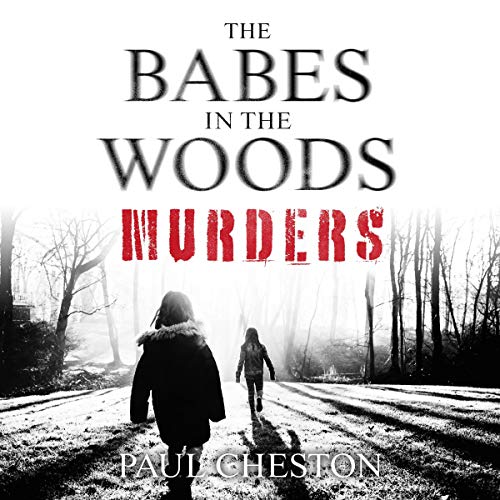 The Babes in the Woods Murders

On 9 October 1986, Russell Bishop sexually assaulted and strangled nine-year-old Nicola Fellows and Karen Hadaway, in woods near Brighton. He did not answer for his crimes for over 30 years.

Bishop - a petty criminal known to both girls' families - was charged after his suspiciously close involvement in the search for the bodies. But a last-minute change of testimony from his then-girlfriend allowed him to go free, and the Babes in the Woods murders became one of Britain's most infamous cold cases.

In this first book on the case, veteran crime reporter Paul Cheston brings to life this 30 year saga of murder, betrayal and injustice - before three decades of hurt led, at last, to healing, justice and hope for the parents of two murdered girls.

Written with the approval and cooperation of the Fellows family, The Babes in the Woods Murders sheds light once and for all on the awful truth behind what happened on 9 October 1986 and how the courtroom dramas that unfolded over a generation finally brought down one of Britain's most depraved killers.

What listeners say about The Babes in the Woods Murders

I live in Moulsecoomb and this murder has hung over the community since it happened. I thought I knew quite a lot about the case and how Bishop was finally found guilty....but this book goes into so much more detail and explains everything in an easy to understand way. The narrator is very easy to listen to as well

Whilst not too sure about reading this I did listen straight through until the end. Narrator was good and kept my interest. So sad the parents of the two little girls and their families had to go through such unbearable heartbreak to finally get justice for their two little girls. They never stopped believing and sad that some of the family had passed away before the retrial and the devastation that comes with tragedy. The absolute cruelty these poor parents had to endure from certain members of the public is also beyond belief. They came through all of this with dignity.

Whilst this whole book details so much suffering and destruction, it’s good that it has been written.
So many careless mistakes made by plod. So much poor attitude among police and the Brighton community that judged the families. We can do so much better. Really hope the families are finding peace.

Heartbreaking but a brilliant insight into this case, the police errors and the coldness of the defence barirster who deliberately encouraged suspicion to fall on nicky, father Barry The narration beyond excellent.

No parent should go through torment like this, I really think men like this should have the death penalty, they will never change. I was only young when this happened so I just wasn't aware of things that happened like this obviously my parents did say don't talk to strangers by this man was not a stranger, so sad.

Took a while to get into it but then gripping

As the author warns at the beginning there are a lot of names to keep in mind made more difficult by some having the same first name, but eventually the important ones emerge and the gripping, true story emerges. It's an amazing tale of dogged persistence by the families of the two murdered girls. The police who first investigated the case 30 years earlier certainly don't come out of the story well. Thank goodness for the recent strides made in DNA analysis that is reaping rewards in clearing up cold cases.

I knew nothing about the story before reading the book. It is brilliantly written, balanced in its reporting, exquisitely narrated, sensitively handled, and explanatory for people who do not know the story. In the best possible way, it is as entertaining as it is factually accurate. The former means that all you want to do is know the full story and continue to the end. An absolutely brilliant and must listen book, I cannot recommend it highly enough.

Narrator is very good and easy to listen to, I'm new to Audiable so it was a good start.

such a devastating story, well worth the listen, glad those families finally were given the justice they deserve, even though 30+ years really doesn't and eouldnt really feel like justice

Well written and vivid enough to make me feel I was alongside both families feeling their pain and anguish. I found myself tearing up when he was found not guilty and of Barry’s devastation in being accused and then cheering at the end along with the families