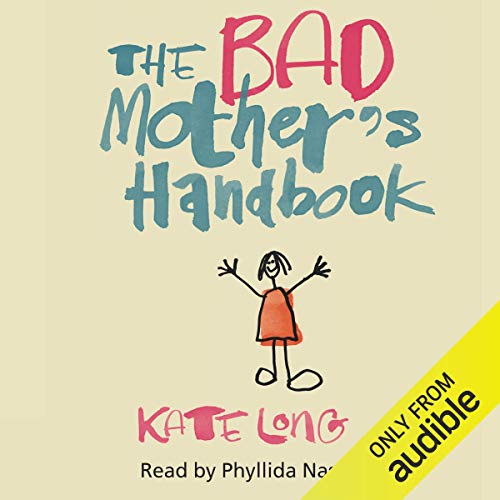 Kate Long presents a tale of three generations of women, grandmother, mother, and daughter, as told from their separate perspectives, illustrating the complex relationships between them.

What listeners say about The Bad Mother's Handbook

This is a British book about three women who live together - a 17 year old daughter Charlotte, her 34 year old single mother Karen and her grandmother Nan who has dementia. It is narrated in first person alternating between the three women though primarily the daughter and mother. One warning though this book contains descriptive teen sex scenes and deals with such themes as teen pregnancy, adoption, and a brief (though very disturbing) mention of child abuse. Overall a very good story about mother/daughter relationships and how they relate to each other.

This is a excellent novel, in which the author shows incredible insight into contemporary life through the eyes of three different generations of women, occasionally enriched with nostalgia.
The text is at times painfully true, often very funny, with the odd dash of irony for good measure.
The actress does a fantastic job of reading it, and reads each character in a distinct way and is quite simply, brilliant (in the words of the youngest woman Charlotte)

Don't be fooled by the title !

gold and never looked back. It is about kids, and mothers, and grandmothers

and families, The narrative is in three voices - Karen(mum) Charotte (teenager)

and Nan (Gran). And Kate Long is a wonderful writer - great fun and eloquent.

Listen carefully so you know who is speaking. It's important.

I really enjoyed this.

An excellent story - made me laugh and cry at differnt times.

leaning too hard on "crude and vulgar" for humour

Sadly I wasn't a fan of this book at all. I felt it was using crude sexual escapades for laughs and giggles which was fine once or twice but after the fifth or sixth time it was more than starting to wear thin. It was difficult to know which character was talking (Phyllida Nash narrates the 3 women and they all have the same grim depressing outlook on life). I had no rapport with any of the women so unfortunately gave up.

Where does The Bad Mother's Handbook rank among all the audiobooks you’ve listened to so far?

Up and down - gave me a perspective that I will never have.

Yes, big time, Cannot explain you just have to listen and that is a straight single guy talking.

Kate @volewriter was met by me discussing feminism à propos nothing on Twitter (don't ask - was about 1970's adverts and I was less than enthusiastic!).

I then found out she wrote this - so went in slightly biased of her being likeable - yes despite the above - she is witchy that way ha,ha. She is even more witty and alluring and just bloody great in book form as she is on Twitter (and that is saying something)

Only downside? Would love her to be talking to me in her real voice. Ms Nash is now how I imagine her, just lovely.

Biased review cause I now know her, but honest. Longer than you expect but strangely over in no time - leaving you contented.