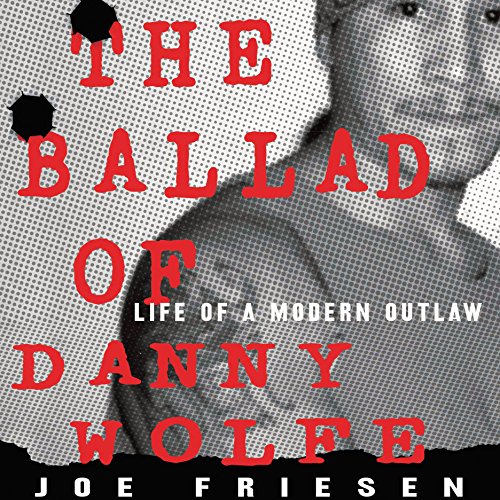 The Ballad of Danny Wolfe

A gripping, fast-paced account of the life of the indigenous man who founded and led the Indian Posse, one of the most dangerous gangs in North America, into violence, power, and infamy.

In 2008, Daniel Richard Wolfe was awaiting trial on two counts of first-degree murder at the Regina Correctional Centre. This wasn't his first time in jail; from his teenage years his life had been marked by stints in and out of prison - with Danny sometimes finding his own way out. This time around, he was orchestrating his boldest move yet: a carefully plotted escape that would send the RCMP on a nationwide manhunt, launching Danny Wolfe to headline-topping notoriety. The Ballad of Danny Wolfe cinematically traces the storied years of Danny Wolfe's life, from his birth in Regina to his relationship with his mother, Susan Creeley, a First Nations woman who was forever marked by her experience in the residential school system; to his first brush with the law at the age of four and then his subsequent arrests; to the creation of the Indian Posse, the street gang he founded with a handful of equally disenfranchised indigenous friends; to the dissonance Danny felt between the traditional world he was born into and the criminal one that became his life; to the dramatic tensions over power and loyalty unfolding in the gang world and within the Posse itself.

Drawing on unprecedented access to the Wolfe family and firsthand accounts from the people closest to the gang leader, Joe Friesen's portrait of Danny Wolfe is at once riveting and timely, nuanced, and provocative.

this was a fascinating portrait of the gang life in Winnipeg but I was surprised and a little shocked by the racism that was spouted by these aboriginals but not exactly surprised considering all the bad things that have been done to Aboriginal people. But I recommend this book to anyone who wants to get inside the gang life and see what it's really all about