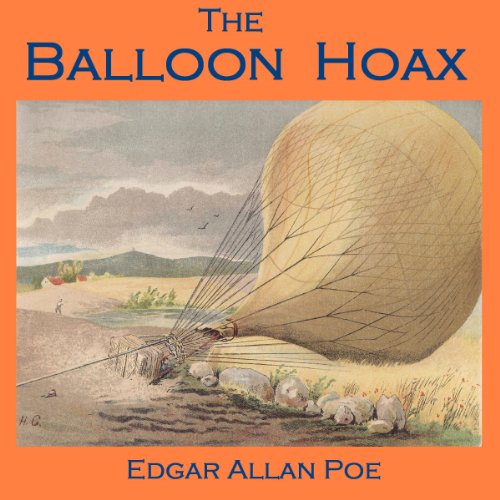 The Balloon Hoax was first published in The Sun newspaper in New York in 1844. Originally presented as a true story, it detailed European Monck Mason's trip across the Atlantic Ocean in only three days in a hot air balloon.

The story turned out to be a hoax and the paper published a retraction two days later (rumoured to also have been written by Poe himself) admitting the deception.The story ignited a fever of excitement in New York: Poe himself claimed that the Sun building was "besieged" by people wanting copies of the newspaper. "I never witnessed more intense excitement to get possession of a newspaper," he wrote.

The furore around the story is a testimony to Poe's ability to build up a narrative with such plausible details, that it appears almost inconceivable that it should not be the truth.