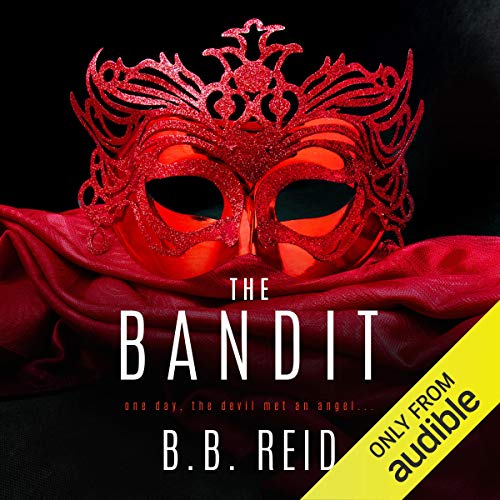 A missing legacy, a stolen son, and one dangerous secret changed everything for them...

She stole my property

I'll never forget the night I caught her sneaking around my place. She thought she could steal from me and get away with it, but I have no intention of letting her get away at all. Mian Ross has a lesson to learn, and I'm going to be the one to teach it to her.

He stole my son

I'll never forget the night I made the second biggest mistake of my life. It was supposed to be a simple job, but it quickly became so much more - one that cost my freedom and cost my son. Angel Knight became my worst nightmare...and now, he'll never let us go.

What listeners say about The Bandit

Well, it’s a cliffhanger and...

Sadly it’s definitely not the Broken Love Series and Angel is no Kieran Masters that’s for sure. Sigh! I loved Bunny Warren, Shannon Gunn is okay but certainly not my favorite narrator. His voice could be sexy if it wasn’t so theatrical that it became a little humorous at times.

Anyway- on to the book.

Uhm. It was just okay for me. Somehow I got a little confused, it could be because I lost interest. It didn’t have as much grit or shock as I was expecting. The whole push and pull seriously got on my nerves. While I do enjoy angst, it was annoying. And it was a little disturbing to have flashbacks of a 16 year old teenager lusting after a 10 year old child. I’m glad there was restraint on the guys part but I think the age gap thing should’ve involved someone barely legal in lieu of someone just getting out of a booster seat! #YUCK! The end was does spark my curiosity but not enough to get the second book- well, unless the Kindle price goes down. Overall, it was just alright for me.

Unfortunately the Male narrator was so over the top it made it difficult to listen too.

This was my first B.B. Reid story and I am utterly blown away. It's dark, sultry and so so delicious. Yes it ends on a cliffhanger and I absolutely cannot wait to read more.

I've always loved the trope of enemies to lovers and I know Angel and Mian have a very long way to go but I am utter in love with their story.

I was kind of expecting more from the narration at the start but then the story grabbed me enough that I loved the narration too. The narrators really did a great job with bringing the characters to life and I'm really looking forward to the next book.

not a great listen

Struggled to finish this book, debating to ask for a refund, the end was good and then it stopped to go to the next book, generally don't mind cliff hangers but the book was so hard to get through! do t bother going to second book, its much the same, I just wanted to know what happened to the two main characters and I really ought not have wasted another credit. I love B.B. Reid but this was a let down.

So I first wanted to listen to this because I am a huge fan of Shannon Gunn. I was looking for something he's done and found this. Honestly the reviews almost put me off, but its free with the romance pkg so I forged on. The narration was great. Love Shannon and Bunny. The story line was good. This is the first for me by this author. There were a couple of things that bothered me. Slight spoilers.....nothing big though:
One reviewer didn't like the fact that Mian was more concerned with sexual contact than her stolen infant son. I did not read it that way. She knew Angel wouldn't hurt him. But I felt like Mian was really immature and didn't think things through. Example,,,she was so ready to get her son out of there, a place where he was fed, clothed and even taken to the doctor to go back to the apartment she could not afford to feed him. She even says he looks great and has gained weight. Uggh. Also along that same thought, Mian kept saying "I'm going to kill you" and "your going to burn in hell." Like..a lot. She said it over and over again. Although she had no job, no food, no money and no support. She thinks she is going to kill someone who kills for a living???? What??? The last thing that I didn't like was the back and forth between Angel and Mian. She says this barb....he throws this back at her.....back and forth. Uggh. That wore me out. If they would have had a real conversation in the begining half the book would have been left out.
Having said that. The story line of the book was good. The flash backs revealed more and more as the book goes on. Although I figured out who had the stolen property within the first 20 minutes of the book. The book ends on a cliff hanger so If I want to see what happens I'll have to get the next one. Unsure if I want to commit to that or not.

This is another one of those times where I kick myself for buying a book and keeping it on my shelf for over a year. This story is taboo and forbidden and filled with vengeance. but, sorry peeps. Ain’t no HEA...yet.

This was my first time listening to Bunny Warren and Shannon Gunn and was so compelled by the emotion in their voices. They conveyed Mian and Angel’s thoughts so well. Had a wonderful experience reading along with this audiobook!

This book was so confusing....very slow and confusing. I did not like this book at all, don’t waste your time.

Make narrator ruined it for me

I feel terrible but I had to stop listening because the male narrator over acted everything and I couldn’t help repeating everything he said in a normal voice in my head.

I gave up after about 3 hours. Loved the story, love BB Reid. I may buy the kindle version.

I loved this story

I really appreciate the authors good storytelling, the only thing I can’t stand is the male narrator. I’m not sure what it is about male narrator’s that I can’t stand to listen to. But, because I enjoyed the story so much I overlooked it. The female narrator was perfect though. The author did a wonderful job of telling the story and keeping me hooked.

What an amazing, capturing story. Had me on the edge of my seat wondering... What next? The emotions in which this story extrudes from you is just astonishing.

This wasn't the best B.B. Reid book I've ever read and I wasn't the biggest fan of the actions of most of the characters at one stage or another. But the story was engaging, the writing was beautiful and I didn't see the twists coming.