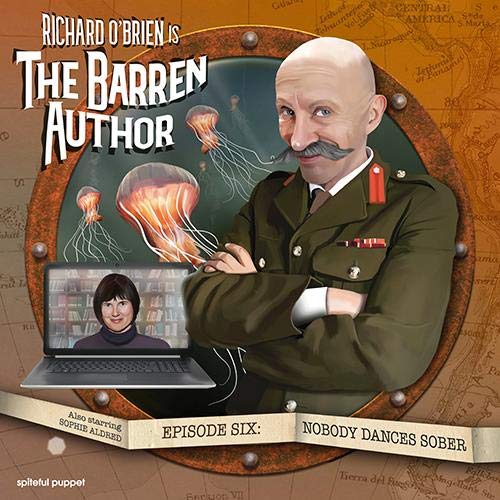 Inspired by the stories of Baron Munchausen by Rudolf Erich Raspe, our tales are not a literal adaptation but instead take the satirical, provocative and absurd spirit of the original tales and reimagine them for 2020.

These fantastical stories are perfectly suited to an immersive audio experience which has, at its heart, the powerful, witty and commanding storytelling of its central character.

But don`t get too comfortable.

Something dark always lies just underneath the comedy.

Something desperate to get out....

Smith makes her final call and hears two final adventures involving the East Finchley Satanic League and an incredible portrait heist from the National Gallery. These sensational stories are interrupted by an unexpected visitor. Smith tries to persuade the Brigadier she is simply a publisher after his tall stories and has innocently sent a courier. Munchausen is instead convinced it his mortal enemy come for the formula once more.

The visitor is knocking, Smith is pleading and Munchausen is frightened for his life. Is this a deadly finale or a distressing delusion? Fact becomes increasingly difficult to separate from fiction as the Brigadier, out of options and ammunition, climbs into his own cannon and fires himself out of his own story and into a new adventure.

What listeners say about The Barren Author: Series 1 - Episode 6