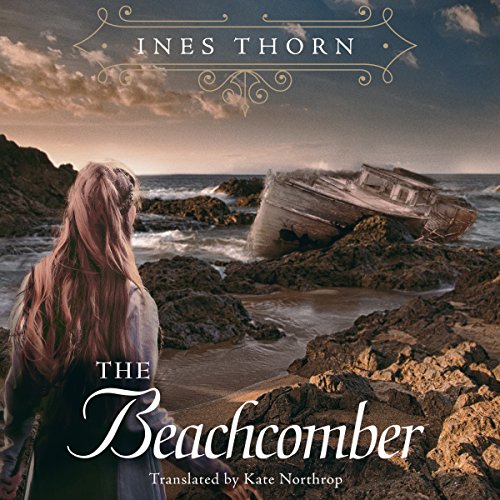 In the second epic novel of The Island of Sylt trilogy by best-selling author Ines Thorn, a young woman must fight to clear her family’s name in order to claim her true love.

It’s the age of whaling and beachcombing, and life is hard on Sylt - especially for women forced to get by on their own. Ever since the death of her parents, Jordis has lived with her grandmother in the village of Rantum. The two of them survive by beachcombing and by secret fortune-telling, using the oracle runes that are a crucial part of the ancient Norse religion.

Under the local minister’s skeptical eye, Jordis befriends his daughter, Inga. Jordis confides her love for the young blacksmith, Arjen, to her new friend, only to discover that Inga, too, hopes that Arjen will propose to her. The competition shatters the girls’ friendship and puts their families at odds. When a cross falls from the ceiling in the church and a powerful storm hits the island, the minister immediately accuses the “guilty”: Jordis and her grandmother, whom he believes to be witches.

Jordis survives near the harsh North Sea by recovering and finding value in what was lost. But can she recover her reputation and find the value in her own life?

very good and once again kept me listening when I should have been elsewhere . will there be a follow on?

It was hard for me to continue reading after so much hate shown by the Parson, his daughter and villagers. It was depressing but I continued reading to see how it would end.
The narrator did a good job with the different characters' voices although I find the constant upward inflection at the end a bit annoying.