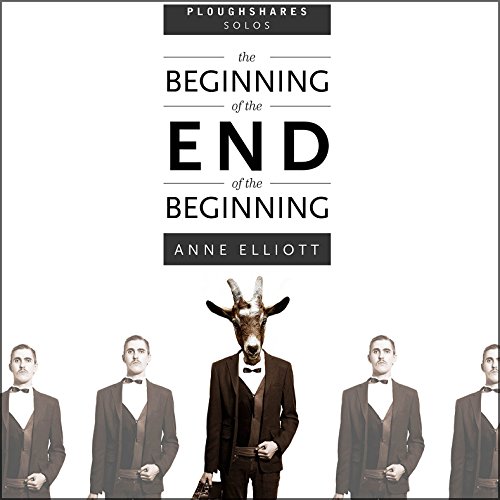 Meet Clay, a Brooklyn performance artist who is sick of being broke. Sporting a row of stitches from his last show, and severely in debt to both family and girlfriend, he decides to do the unthinkable: get a straight job. Clay shaves off his green hair, teaches himself to type, and gets a secretarial gig on Wall Street. But is this just another form of theater? Will his girlfriend still love him in a necktie? What about his artist friends - will they forgive him for consorting with the enemy? Is the enemy actually an enemy at all?

Starting in a hospital emergency room, meandering through corporate cubicles and cafeterias, galloping through an underground Williamsburg performance, and closing in the Twin Towers with Clay's tortured, self-destructive boss and an unflappable goat, The Beginning of the End of the Beginning is a bittersweet romp through the innocence of 1999 New York City, a time when heartbreak was still heartbreak and broke was still broke, but the city itself felt unsinkable.