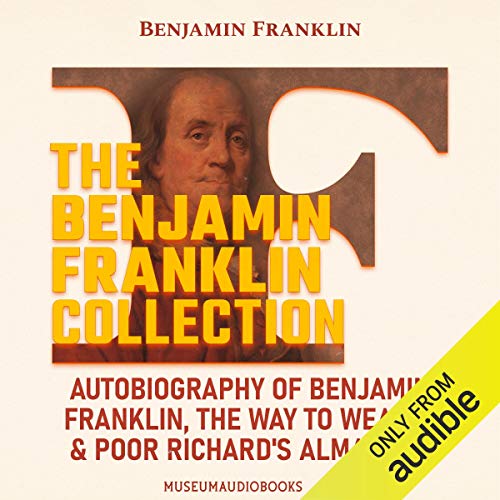 The Autobiography of Benjamin Franklin is the traditional title of the unfinished record of his own life written by Franklin from 1771 to 1790. it is an honest self-appraisal of the man who drafted the Declaration of Independence and negotiated the peace treaty with Britain. The work contains many passages on reading, self-improvement, and the art of conversation, and it has become one of the most famous and influential exemplars of an autobiography ever written. The essay "The Way to Wealth" (1758), is a collection of proverbs and advice published in Poor Richard's Almanac from 1733 to 1758. These wisdom sayings are woven into an ethical code advocating industry and frugality as the way to wealth. Many of the phrases the narrator “Father Abraham” uses continue to be familiar today, such as "There are no gains, without pains", "One today is worth two tomorrows", and "Get what you can, and what you get, hold".

To pedestrian for the listeners

The details and information are very well constructed but the narration was, well boring and slow. It was hard to listen to and absorb, the readers method was just to slow and no sense of passion for the material. Probably best read I stead of narrated.