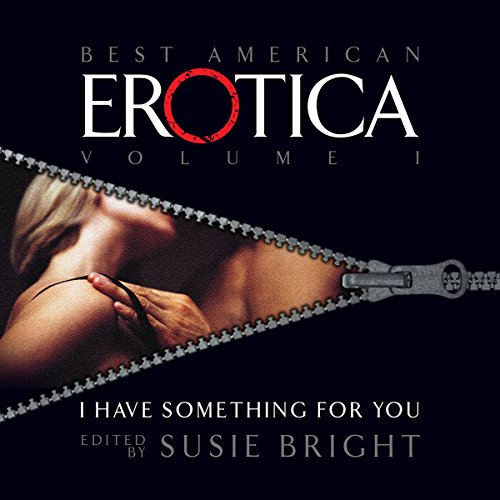 "[Susie Bright is] the avatar of American erotica." (The New York Times)

What listeners say about The Best American Erotica, Volume 1: I Have Something for You

Not worth it even if it’s free

Not stories, but scenes, poems, random thoughts. I have read better written essays from my 8th grade students.

About 1/3 of the way through and I don't think I will be able to finish even after skipping some stories. Wish I did t waste a credit on this, would have enjoyed a cheesy romance more

Stories were not what I expected. They were too strange for me. I did not care for the narrators.

Most of the book had me hooked; listening with interest throughout each chapter. Only two chapters did not keep me intrigued, but overall this was a great read! (or listen)

Would you try another book from the authors and/or the narrators?

No this was a waste of my time. This was the worst eroica I ever heard.

What character would you cut from The Best American Erotica 1993 (Unabridged Selections)?

this all was crap

as a hetero female I look for some stories which involve hetero "action" - this has none.

There is no M on F penetration, the rest were (mostly) M on M with F on F coming (no pun intended) second with fantasising 3rd and last hetero (with out any real action)

Very disappointed, if I'd have known that there was so little hetero (and no "action") I would never have downloaded this.