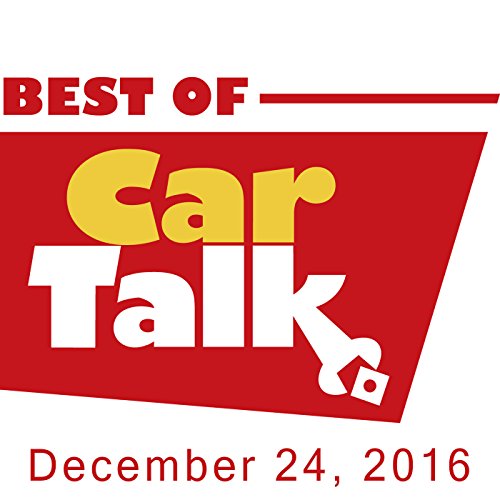 This week on The Best of Car Talk, we thought nobody could be more devoted to an old heap than Tommy, but then we met Lita who has written a poem about her Monte Carlo - we're just relieved she didn't try to rhyme anything with "rust bucket".

Elsewhere, Steve moved to Chicago for a job and a girlfriend. He lost both, but he's most confused about why his Acura was the only car not towed from a party. Also, the holiday season brings good cheer and the annual squeak to Betsy's Town and Country; Kate's temporary fix for her frozen door locks is hilarious, and incredibly dangerous; and, did the hottest man in show business set Melinda's radio on fire? All this and more, this week on The Best of Car Talk. [Broadcast Date: December 24, 2016]