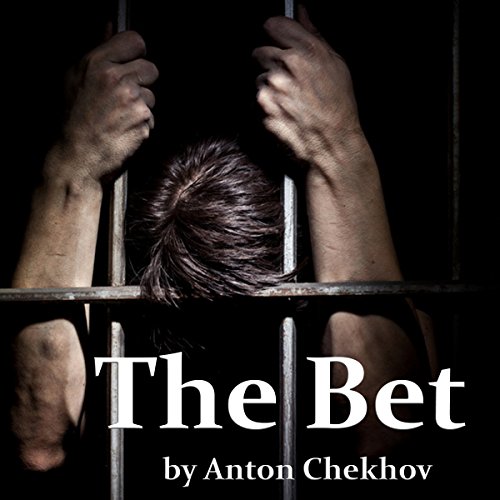 Anton Chekhov begins his classic 1889 tale "The Bet" with the recollection of an argument that took place 15 years earlier at a party of the self-ordained intelligentsia. The argument - so familiar to our own time - was about the moral legitimacy of capital punishment. While most of the party agreed that capital punishment was inhumane, a middle-aged banker held that it was far more humane than life imprisonment. When a young lawyer disagreed, the bet was on: If the lawyer will spend 15 years in solitary confinement, the banker will give him a large sum of money. Fifteen years on, who will win? As performed by the popular Walter Zimmerman, “The Bet” is a hilarious look at principle, moral value, and the tyranny of caprice.

"The Bet" is one of Chekov's most anthologized stories. A rich banker makes a bet with a poor artist that he cannot voluntarily stay imprisoned for a long period of time. The result of the bet is quite different than either man could have supposed.
©1979 Jimcin Recordings (P)1979 Jimcin Recordings

What listeners say about The Bet

Although this is not a great story, this is solidly good Chekhov with solidly good narration. Chekhov is my favorite short story writer, yet this in not one of my favorite stories; nevertheless it is clearly worth the twenty minutes and one dollar.

Remarkable short story having to do with - on less than - the real meaning
of life. Thought provoking.

Money isn't of much worth. Time in good books, pondering, and seeking peace. Beautifully written and told. Must read when you have a few minutes.

a pleasurable introduction to chekov

I haven't read much of Chekhov, however I do enjoy this story. it reminds me of other Russian authors who I have right before. The book itself makes me feel conflicted and pensive, akin to how I felt amidst other similar authors. I've always been a fan of short stories because they can be so impactful, this book is the same.

One of my favorite short stories by Anton Chekhov. Strong didactic theme and moral that has much to teach us, even today. It addresses the theme of capital punishment and begs the question, "Which is worse?" and makes us ask ourselves what price we would pay for freedom. Ironic final ending that will "imprison" the reader, long after the final page is turned.
-Deborah Killion, writer