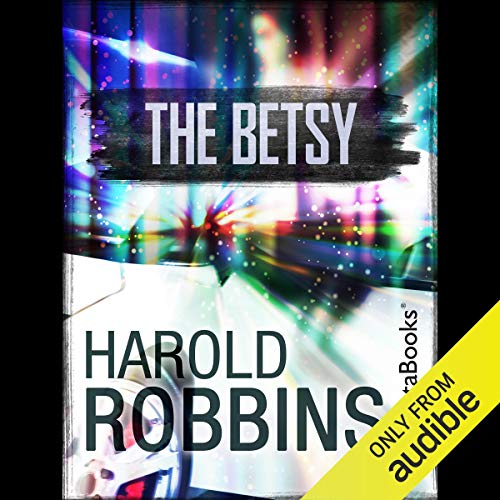 From the author of The New York Times number one best-selling novel The Carpetbaggers comes a revealing saga that exposes the shocking, merciless world of the American automobile industry.

Angelo Perino lives life on the bleeding edge of speed and success - a race car driver of humble origins who dominates on and off the track. Loren Hardeman is the ruthless patriarch of an auto empire, fighting to keep his family from self-destructing under the weight of its own greed and decadence. The two men, bound by their passionate vision as well as their charismatic power over women, come together to create the world's fastest, most advanced automobile, "The Betsy" - named after Hardeman's great-granddaughter, who has captured Perino's heart. Their creation threatens to disrupt the industry, whose power brokers are determined to prevent it no matter the cost. This pits Hardeman's own grandson, the company's current CEO, against him, revealing the depths to which Hardeman went to build his empire - including murder, incestuous adultery and organized crime.

As the family feud escalates, Perino makes his move to conquer Hardeman's empire, as well as his great-granddaughter.

When it was published, The Betsy spent 21 weeks on The New York Times best-sellers list - and inspired a film of the same name starring Laurence Olivier, Tommy Lee Jones, Robert Duvall, and Katharine Ross. This novel from master storyteller Harold Robbins pulls back the curtain on the glittering world of fame, fortune, and passion at the height of the auto industry, giving a look into the world that is now shown to be full of scandal and product recalls.

What listeners say about The Betsy

With the jumping in time and multiple characters with the same name ,I was confused to often fir this book to be a relaxing listen.

What a strange story. Incest at its best and deceit abounds. Not sure if it was worth the read!!!

the worst book by Harold Robbins that I have read could nor even finish it,
just never gets going