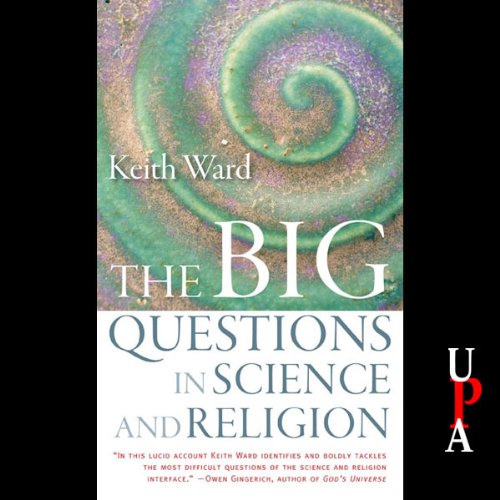 The Big Questions in Science and Religion

Can religious beliefs survive in the scientific age? Are they resoundingly outdated? Or, is there something in them of great importance, even if the way they are expressed will have to change given new scientific context? These questions are among those at the core of the science-religion dialogue.

In The Big Questions in Science and Religion, Keith Ward, an Anglican priest who was once an atheist, offers compelling insights into the often contentious relationship between diverse religious views and new scientific knowledge. He identifies 10 basic questions about the nature of the universe and human life. Among these are: Does the universe have a goal or purpose? Do the laws of nature exclude miracles? Can science provide an wholly naturalistic explanation for moral and religious beliefs? Has science made belief in God obsolete? Are there any good science-based arguments for God?

With his expertise in the study of world religions, Ward considers concepts from Buddhism, Confucianism, Taoism, Islam, Hinduism, Judaism, and Christianity, while featuring the speculations of cosmologists, physicians, mathematicians, and philosophers. In addition, Ward examines the implications of ancient laws and modern theories and evaluates the role of religious experience as evidence of a nonphysical reality.

Writing with enthusiasm, passion, and clarity, Keith Ward conveys the depth, difficulty, intellectual excitement, and importance of the greatest intellectual and existential questions of the modern scientific age. The book is published by Templeton Press.

"Anyone curious about the interrelationship between science and religion would be well advised to put this book at the top of their reading list. Keith Ward has succeeded where many others have not in producing a first-rate text that gets to the heart of many of the questions troubling the dialogue between science and religion." ( Times Higher Education)
"Ward, an Oxford theologian specializing in the history and philosophy of religion, presents an impressively insightful and well-balanced survey of major questions for science-and-religion dialogue. [He] discusses multiple traditions in a level of depth and detail that exceeds the normal standards of the science and religion literature." ( Publishers Weekly)

What listeners say about The Big Questions in Science and Religion