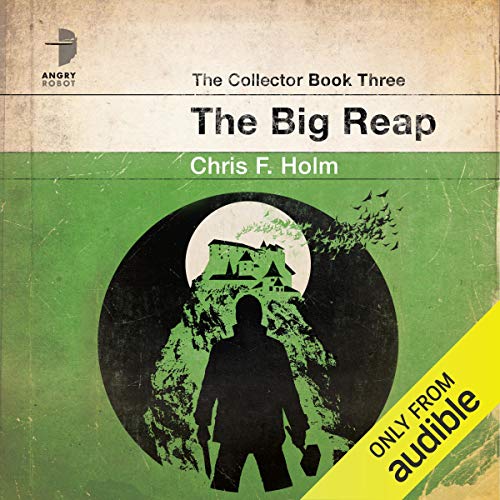 Who collects the collectors?

Sam Thornton has had many run-ins with his celestial masters, but he’s always been sure of his own actions. However, when he’s tasked with dispatching the mythical Brethren - a group of former Collectors who have cast off their ties to Hell - is he still working on the side of right?

Chris F. Holm was born in Syracuse, New York, the grandson of a cop with a penchant for crime fiction. He wrote his first story at the age of six. It got him sent to the principal’s office. Since then, his work has fared better, appearing in such publications as Ellery Queen’s Mystery Magazine, Alfred Hitchcock’s Mystery Magazine, Needle Magazine, Beat to a Pulp, and Thuglit.

He’s been a Derringer Award finalist and a Spinetingler Award winner, and he’s also written a novel or two. He lives on the coast of Maine with his lovely wife and a noisy, noisy cat.

What listeners say about The Big Reap