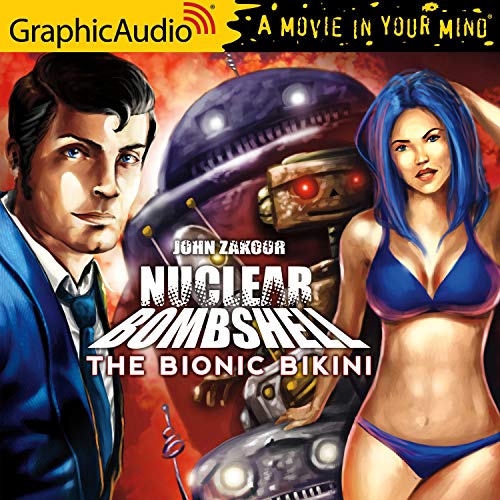 In the year 2058, if you want someone to do the hands-on investigative work that requires a little finesse and sensitivity, not to mention the ability to shrug off a good beating in the process, then Zachary Nixon Johnson, the last freelance private eye on earth, is your man.

What starts out as a simple missing-persons case for Zach quickly turns into a convoluted and desperate chase for the most unlikely weapon of unimaginable power ever conceived: the Bionic Bikini. With the mega-high-tech assistance of his personal holographic AI and snarky best friend/antagonist Harv and his spunky psionic niece Carol, Zach is lead on a convoluted trail of intrigue. Par for the course, Johnson is confronted at every turn by ruthless, power-hungry, and of course, gorgeous women, who all want to get their hands on this bikini. It’s Zach’s job to prevent that from happening by getting his own hands on the bikini.

And yes, he knows exactly how that sounds.

What listeners say about The Bionic Bikini [Dramatized Adaptation]

I have loved this series from the beginning when I was driving truck and even now that I'm a stay at home mom I still find myself laughing at the characters antics.