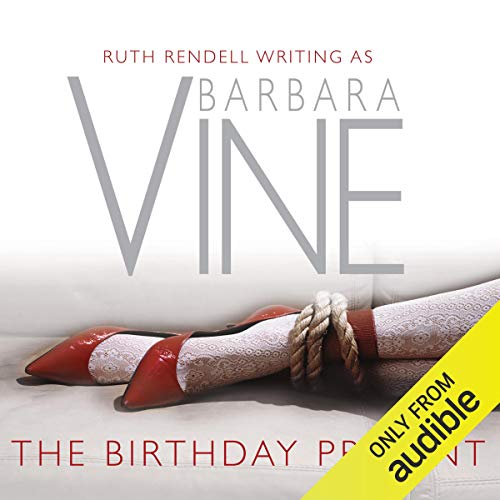 Ivor Tesham is a handsome, single, young Member of Parliament whose political star is on the rise. When he meets a woman in a chance encounter–a beautiful, married woman named Hebe–the two become lovers, obsessed with their illicit and adventurous trysts. But when Ivor plans for a surprise daring sexual adventure as a birthday present for Hebe, things take a disastrous turn it's late spring of 1990 and a love affair is flourishing: between Ivor, a rising star of the Conservative government, and Hebe, a stunning North London housewife stuck in a dull marriage. On the eve of her birthday, Ivor gives Hebe a present to remember: a mock-kidnapping in which she is to be snatched from the street, bound and gagged, and then delivered to him. It’s all intended as mock-dangerous foreplay, but then things take a disastrous turn. After an accidental death, Ivor begins to receive anonymous letters that reveal shockingly speciﬁc details about the affair and its aftermath. Somehow he must keep his role from being uncovered–and his political future from being destroyed by scandal.

What listeners say about The Birthday Present

I have always read or listened to any new book by Barbara Vine that appears. Her best books can make me shiver in recollection even years later. This is the first that I've found boring. There are two narrators, neither of them likable, and I found it hard to suspend my disbelief in the plot, which seemed to drag on. Nor could I care about the off-putting central character. A disappointment.

A very British theme ... a gentleman must do what a gentleman must do. A landed gentry politician with 'out of the norm' sexual preferences is plagued throughout his career by an 'accident' which would expose him if it were ever examined closely. We follow his anxiety through the eyes of his brother-in-law and through the eyes of his dead lover's bridesmaid. The brother-in-law is super conservative and unexceptional. The bridesmaid is ... unstable. Crime plays a very small part in the whole story. Insinuation and assumption play very large parts. Different, but absorbing and told by a master story teller. The narrators are to be applauded.

The worst narrator ever.

What would have made The Birthday Present better?

could not get past the first few pages. Awful tone, inflection of some bored elite british comedy figure. Love Vines stories, but didn't get far enough to know if the story was any good.

What was most disappointing about Barbara Vine’s story?

Would you be willing to try another one of Ruth Sillers and Paul Blake ’s performances?

Love This Writer Always, But...

This was so terrific, so far above most other thriller/novel writers, and in fact this is a novel rather than a thriller. You can tell because Ruth Rendell is being Barbara Vine here, in one of her -- what my cousin calls -- sociopath novels. BUT I just reread (re-listened to) The Minotaur also by B.Vine. I was blown away by how absolutely riveting it was the second time around. It may be her best. READ THE MINOTAUR. It's such a stunner.

This novel is set in the early 1990s, and it brought back memories for me of that time in English politics when it was 'every man for himself and devil take the hindmost'. Vine captures the atmosphere and values of that time extremely well, and as you would expect she populates the story with some great characters.

The plot concerns Ivor Tesham, rising young star in the Thatcher govt of the time and his affair with Hebe, a married woman with a child. His 'birthday present' to her, to have her abducted, goes horribly wrong and the rest of the story is about that dark secret as the lives of those concerned in it gradually unravel.

The story is told from the viewpoint of two characters: Ivor's brother-in-law and Jane, Hebe's 'best friend'. The brother-in-law is pretty unmemorable, I can't even remember his name - but as a story-telling device it works rather well. Jane is a wonderful complex character - narcissistic and even delusional at times I found myself swinging from feeling desperately sorry for her to rather unpleasantly thinking that she deserves all that she gets!

The novel is narrated by two readers, and I must admit that when I first heard the voice of the male my heart sank - I actively disliked his rather prissy and repressed voice and I was not sure I would stick with the book because of this. I did however find that the 'brother-in-law voice grew on me in time and fitted the character rather well, so don't be put off! The 'Jane' narrator was great fun - all the spiteful little asides were read in just the right tone of subdued venom.... what a bitch!

Perhaps the story itself doesn't have quite the pyschological depths and complexities of some of Vine's other books, nor any great surprises at the end, but still an absorbing listen.

I love Ruth Rendell, especially when she is writing as Barbara Vine - these are not so much whodunits as whydunits? complex psychological thrillers that have the inevitability of tragedy. The Birthday Present is, however, less satisfying than her earlier novels as Vine (A Dark-Adapted Eye, A Fatal Inversion and Gallowglass are all masterful). The crime - such as it is - comes too late and is too obvious, but even so, the wonderful development of character holds the listener

Both readers really get into character here to give this tantalising tale the "keep going" effect. Barbara Vine expertly captures the "slease" atmosphere of the end of the last Tory government. Characters are 3D neither all good or all bad and very credible. I love Rendell/Vine stories in book format but this was my first audiobook and I will be back for more and the voices added an extra dimension.

It wasn't for me I'm afraid.

What does Ruth Sillers and Paul Blake bring to the story that you wouldn’t experience if you had only read the book?

I thought the narration was excellent. I liked Ruth and Paul alternately telling the story from the two characters' perspectives.

I persisted with the book right to the end hoping it would get started, but it never really did for me I'm afraid.

I generally enjoy Barbara Vine's plots and insight into her characters. Found it difficult to engage with the characters and the plot was too far fetched and drawn out.

Did Ruth Sillers and Paul Blake do a good job differentiating each of the characters? How?

They each had a distinct narrative voice. Unfortunately, I found both intensely irritating. Rather like the characters, so maybe their interpretation was right!

Was The Birthday Present worth the listening time?

For me, no. I persevered, but it was a struggle. Pleased it was relatively short.

Overall, it was dull.

Not the best she has written...

This was one of those books that I wanted to hear the ending of but became bored with listening to. The narrators worked quite well, I agree with what previous reviewer said - but I thought the book somewhat repetitive, and too detailed. Altogether it was rather tedious. Following one from some of the previous books by this author - A Dark Adapted Eye is truly wonderful - this one is not as good, I'm afraid.

I really enjoyed this book. I particularly liked the way in which Vine narrated the story using one of the protagonists and a family member of the other. Highly recommend.

Although I have read the printed book at least twice previously it was nice to be able to hear it performed by two narrators. Quite a few of the characters in the story are fairly unpleasant, especially the main character, Conservative MP and later Junior Minister, Ivor Tescham. Set in the nineties, there are some excellent plot points throughout, but it's not a patch on some of Vine/Rendell's other work.

Special mention must be made of the two narrators, both of whom were fairly irritating - the man pompous and the woman, shrill. To be fair to both actors though, they were portraying annoying characters.

A waste of time.