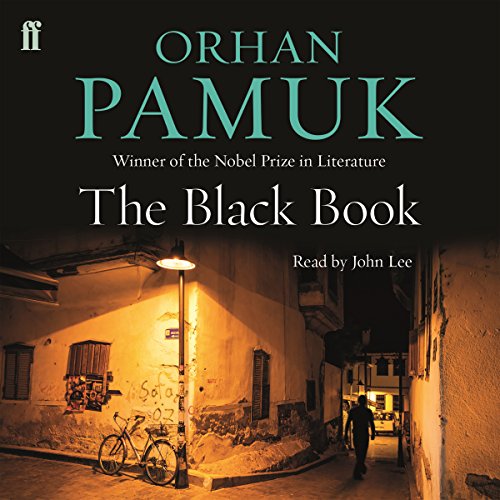 The Black Book is Orhan Pamuk's tour de force, a stunning tapestry of Middle Eastern and Islamic culture which confirmed his reputation as a writer of international stature.

Richly atmospheric and Rabelaisian in scope, it is a labyrinthine novel suffused with the sights, sounds and scents of Istanbul, an unforgettable evocation of the city where East meets West, and a boldly unconventional mystery that plumbs the elusive nature of identity, fiction, interpretation and reality.

Orhan Pamuk is the author of many celebrated books, including The White Castle, Istanbul and Snow. In 2003 he won the International IMPAC Award for My Name Is Red, and in 2006 he was awarded the Nobel Prize in Literature. His most recent novel, The Museum of Innocence, was an international best seller, praised in the Guardian as 'an enthralling, immensely enjoyable piece of storytelling'.

What listeners say about The Black Book

Weird narration, no opinion on the story

I abandoned this book after 3 chapters. The stilted narration was extremely distracting, to the point of not being able to follow the story, much less engage with the characters. it is possible the book would be better, but the audio book was worthless, and it has put me off Orhan Pamuk.