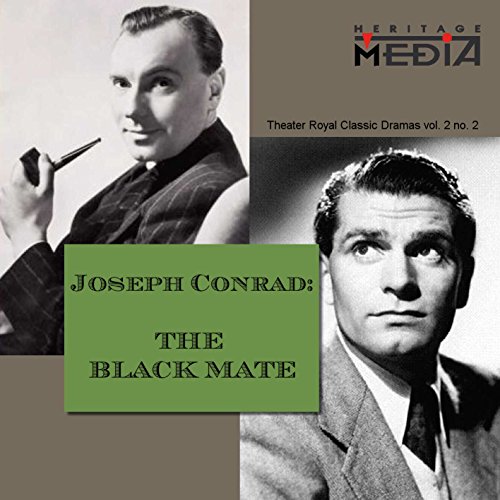 The Black Mate was Joseph Conrad’s very first piece of fiction, written in 1886 but not published until 1908. It was then published again posthumously in 1925 in Tales of Hearsay. The Black Mate is Mr. Bunter, mate of the sailing vessel “Sapphire” and it is his striking black hair that gives him his nickname. The commander of the vessel, Captain Johns, is fascinated by spiritualism and ghosts, asource of tension and hostility between the two men.

"Theatre Royal" was first broadcast in the UK in 1952 and chiefly featured Ralph Richardson and Laurence Olivier as narrators of classic fiction, adapted for radio.