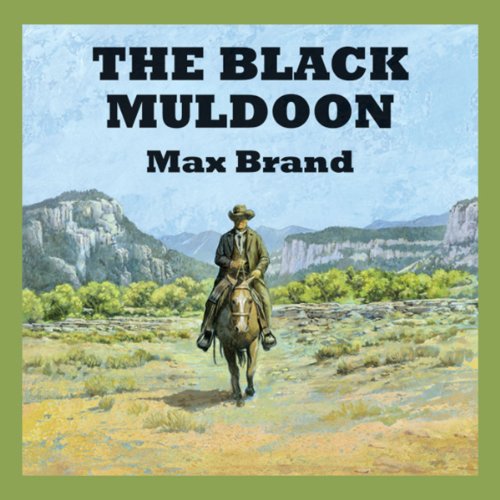 On a stormy night in title story, The Black Muldoon, a notorious outlaw shows up at the home of the storekeeper, Jefferson Peters. The Black Muldoon has a strange cargo, an infant boy that he wants to leave with Peters so that he can be raised by Peters and his wife as their son along with the two boys they already have.

Young Jerry Peters, growing up, turns out to be exceptional at everything he tries, and as an adult manhunter it is Jerry who takes the trail to capture the Black Muldoon. This Western Trio includes Max Brand’s sequel to Iron Dust, When Iron Turns to Gold, and The Two-Handed Man the tale of Jimmy Bristol, a man with the reputation for being able to fire a six-gun accurately with either hand.