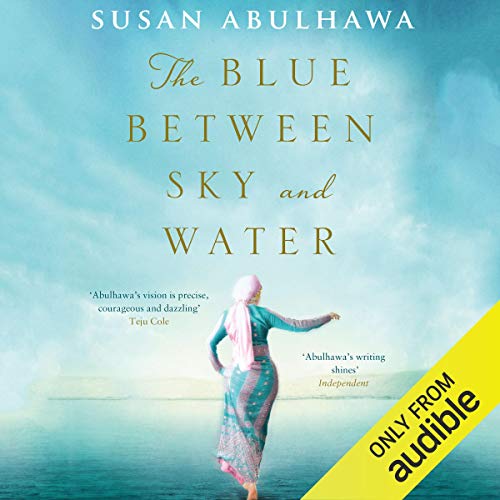 It is 1947, and Beit Daras, a quiet village in Palestine surrounded by olive groves, is home to the Baraka family. Eldest daughter Nazmiyeh looks after her widowed mother, prone to wandering and strange outbursts, while her brother, Mamdouh, tends to the village bees. Their younger sister, Mariam, with her striking mismatched eyes, spends her days talking to imaginary friends and writing.

When Israeli forces gather outside the town's borders, nobody suspects the terror that is about to descend. Soon the village is burning, and, amid smoke and ash, the family must take the long road to Gaza, in a walk that will test them to their limits.

Sixty years later Mamdouh's granddaughter, Nur, is living in America. She falls in love with a married man, a doctor who works in Palestine, and follows him to Gaza. There she meets Alwan, the mother of Khaled - a boy trapped in his own body, unable to wake up from a deep blue dream. It is through her that Nur will at last discover the ties of kinship that transcend distance - and even death.

The Blue Between Sky and Water is a story of powerful, flawed women; of relocation, separation, and heartache; of renewal, family, endurance, and love. Susan Abulhawa brings a raw humanity and delicate authority to the story of Palestine in this devastatingly beautiful tale.

What listeners say about The Blue Between Sky and Water

Just wished the audio book narrator put a teeny bit effort in pronouncing the usual Arabic words right. Even the character names were disappointingly wrong. The name Mahmoud is pronounced Mamdouha😕I don't know how that error even happens. The over all narration is great otherwise. The story and the writing style of Susan AbulHawa is incredible.

This story touched my heart and soul

What a wonderful story mixing facts and fiction! I can't describle the spectrum of feelings I felt througout the story. I just LOVE hajje Nazmiya's character, not that any of the characters would have been any less interesting.

The only minus, which really annoyed me while listening, is the narrator's pronunciation of Arabic words and phrases, even Nour's and Khaled's names for God's sake! :/ Couldn't audible find a single bilingual performer, who'd know how to pronunciate English AND Arabic?
Otherwise the narrator is an excellent actor, who brought the characters to life.

I loved this book! The writer made me live every moment. I felt the characters. I felt many emotions. I cried, laughed, and felt anger. The story was told in a very interesting way. The narrator is amazing!

I have never listened to a book where the reader's articulation of words in another language was so off. It wasn't simply that she read Arabic words with an American accent. Rather it almost sounded as if she were deliberately distorting the words. Very jarring. I wish I had read it instead of listening to it.

I wish the narrator spoke Arabic ...

A really beautiful story about life in Gaza through the eyes of one family. It has only touched on the tragedy the Palestinians have had to face in the aftermath of the Israeli occupation.
Although the narrator did a good job overall I could not get passed the fact that she had no knowledge of the Arabic language and butchered the names and words that the author deliberately included . I'm not sure how the author would agree to have a narrator that did not master the Arabic language.
Over all a good read, but the ending seemed a bit rushed.

Favorite book of the year!

I'm in awe of Susan Abulhawa and the narrator Jennifer Woodward. The author has crafted a book that has pulled me into this family and their lives. I surrendered myself so completely that I feel a bit bereft about waking up in my life's reality rather than being surrounded by the strong and loving characters that the author created and the narrator gave life audibly.

The story was beautiful.. Poignant. The narrator has a beautiful voice and would definitely listen to her if she narrated another book that didn't have Arabic phrases. She could have done a little research before narrating Arabic phrases. To name a few, It is Allahu Akbar.. Not Allahu Akbaaar (Akbaaar means news), she kept getting confused between the names Mamdouh and mahmoud. It is Djinn not Jean... Just imagine someone saying Croysant instead of Croissant. I cringed every time she mispronounced the words.

I am so frustrated beyond words! I cannot believe that Woodward did not consult an Arab speaking person or the author herself to learn the proper pronunciation of the Arabic words, names and expressions!
It was so painful and misleading.
I suggest the recording of this beautiful book be made over!

As much as I LOVED the book, the narrator wasn’t the right choice. Her pronunciation of the Arabic words was really bad. I would sometimes struggle to know what the real word is. I wish the narrator was someone with Arabic accent.

Great listen (other than children's voices) but that pushed me to purchase the actual hardback book to read and add to my bookshelf. Susan Abdulhawa is brilliant (Morning in Jenin, a must read) she weaves the historical and recent truths within the story of Nour's search for love and a place to call home.

Very sad and touched story. This is the story of people from Palestine who went through a lot of troubles that made their life like hill but even though you can feel the hope that they spread in all aspects of their life. Highly recommend it.

The other side of the story

This book is a sobering insight into the life of the Palestinians living in Gaza. I found a lot of what I thought I knew and understood of Gaza was wrong.Many of my preconceived notions about the conflict were shattered by this book. I remember when all those Palestinians were released from prison in exchange for the one Israeli soldier but to hear the story recounted by the mothers, wives and sisters of the Palestinian prisoners and what they had to endure to visit their sons, husbands and brothers in prison was an education. Its a book about the courage and resilience of women and the power and strength of family and hope.

loved it! eye opening and a must for anyone trying to under another perspective of the long Palestinian struggle.
I would have wished the story teller was an Arabic speaker, many words weren't pronounced as they should be.

Absolutely loved this book. The story is filled with joy and heartache, but is uplifting all at the same time. The narration is beautiful - Jennifer's voice is a perfect compliment to Susan's poetic words.