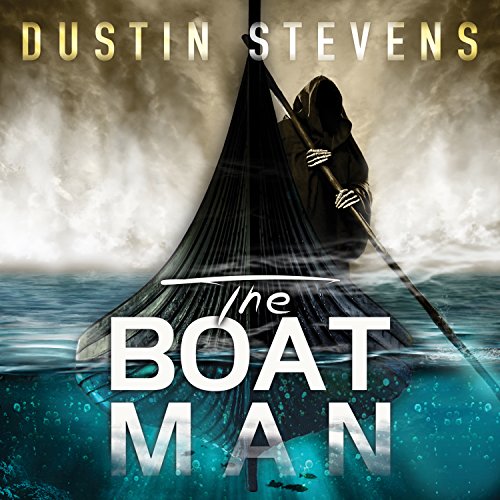 Detective Reed Mattox, just three months removed from the death of his partner, has turned invisibility into an art form. Switching to the K-9, taking over the graveyard shift, moving to a farmhouse miles outside of Columbus - his every move has become predicated on putting as much distance between himself and the outside world as possible.

That distance is shattered, though, when bodies begin turning up in The Bottoms, the poverty-stricken section of town he is assigned to patrol. Grisly, horrific scenes start to pop up in the middle of the night, and the overburdened precinct has no choice but to put Reed on it.

Now operating far outside of his comfort zone with a Belgian Malinois for a partner that attracts attention wherever they go, Reed is forced to unravel the murders, taking him clear across the city and back years in time, to an event that some very influential people will do anything to keep buried.

What listeners say about The Boat Man

After reading the reviews and listening to the "sample," I knew I had to listen to this book. It is one that does not disappoint. I like a story I can visualize in my head. This one adapts to my need easily. Slowly ( not boringly) the story unwind as the killer is found. Both the killer and the detective have been "deeply hurt." There is a certain amount of respect for one to the other. Good story, good descriptions, good flow to this audio book. Good narration.

This book was boring and not very well written. I would say the characters were two dimensional, but that would be generous. The dialogue was wooden and completely unreal. I'm disappointed that a series I had hopes for won't be worth wasting time and money on after all.

If you like flowery prose, this just might be for you. "His skin became moisture ladened". Why can't you just say he started to sweat? Then the long, long plea to stop trying to hurt/ kill his dog, explaining, hey that's a police officer don't ya know. Two chapters to go, just couldn't take anymore.

When I have to sit in my driveway for an extra 10 minutes to listen... I know I have a great story. Really liked the way this went. So much so I looked for the next book, but wasn't as entertained.

Even with alot of chapters, the story stayed interesting. I will listen to more of his books.

Decent storyline. Not exactly and edge of your seat thriller, but an okay cop novel to pass the time.

Well written book. I was able to picture everything in the book as the author described. Every last breath, every attack. A riveting mystery to the very end. I absolutely fell in love with the canine partner, Billie. A must read.

thoughtful intrigue. growing relationships. Performance was great. looking forward to the next book. .. .

Dustin Steven's The Boatman is incredible. It's a detailed crime thriller that bit-by-bit pulls together the pieces and thrills to the very end.

Thi# story is well written with a well constructed plot and story line. The narrator had a wee modulated voice for easy listening.