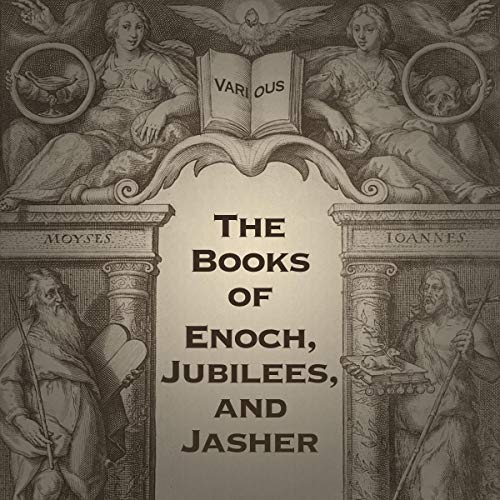 Three of the most popular apocryphal books combined in a single volume.

The Book of Enoch describes the fall of a group of angels called the Watchers, who married the daughters of men and fathered the Nephilim (Genesis 6: 1-2). The Book of Jubilees, also known as The Little Genesis and The Apocalypse of Moses, reveals heaven's viewpoint of history. The Book of Jasher deals with the antediluvian patriarchs, angels, watchers, the flood, the tower of Babel and other events mentioned in the Bible.

What listeners say about The Books of Enoch, Jubilees, and Jasher

I don't know if it was done on purpose or not but the constant mispronunciation of names makes it hard to enjoy the product. It is terrible that nobody corrected these egregious errors before releasing this to the public. I am thoroughly disappointed.