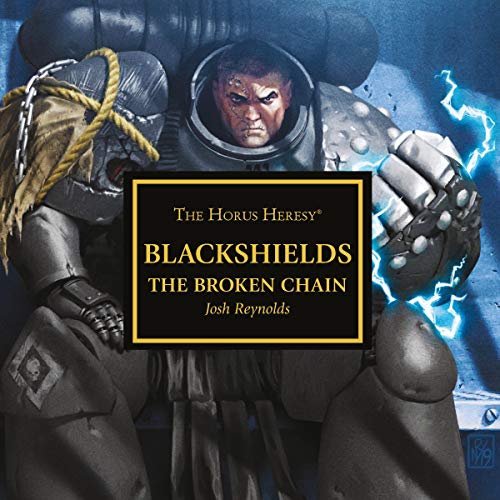 Hounded by the Sons of Horus and betrayed by his second in command, Blackshield Endryd Haar must enact his riskiest gamble yet if he is to fulfil his oath to kill the traitor Warmaster Horus.

Following on from Red Fief, it's another fascinating look at a band of Space Marines who have forsaken loyalty to either side in the Heresy, trying to forge their own destiny.

Hounded by the Sons of Horus, legendary Blackshield Endryd Haar battles enemies from within and without his ranks. Betrayed by his second in command, Erud Vahn, Haar finds himself imprisoned and facing a slow death. Determined to escape and stay one step ahead of the traitors, Endryd must enact his riskiest gamble yet if he is to fulfil his oath to kill the Warmaster Horus.

Do you hear the thunder?

Absolutely love these dramas. Can’t wait for more of Haar! Love the added bits of lore.

if you listened to the first two there will be no surprise that you will love this. But if you haven't listened to the first two it's honestly not that hard to jump Into with figuring out who the characters are is rocket science. it's a all around great listen for it's fantastic audio performance (in both the voice acting and the back ground noice), and it's simple yet effective story put Into a hour. must listen for any fan of sci-fi, action adventure, and obviously Warhammer.

good attempt but didn't feel like an heresy book