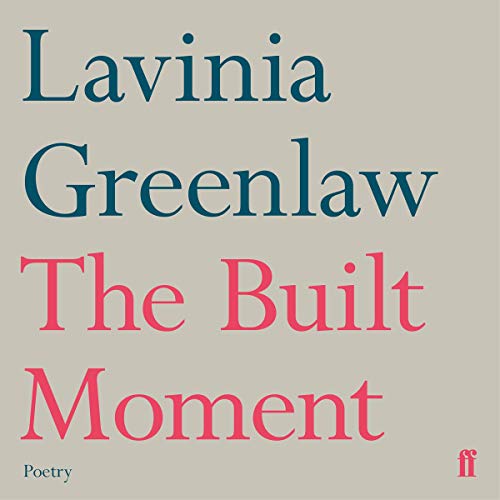 Lavinia Greenlaw's latest collection, The Casual Perfect (2011), focused on 'the achievement of the provisional'. In the near decade since writing those poems, she has found herself exploring what we build out of the provisional: beginnings and endings, arrivals and departures and the moments we fix as memories, fixing too their joy and pain.

The Built Moment is divided into two sections. The first, 'The Sea Is an Edge and an Ending', is a sequence of poems about her father's disappearance into Alzheimer's. It is not a narrative of illness so much as a meditation on the metaphysics of memory loss. What does it mean to exist only in the present, for your sense of self to come loose and for the past to float free? The second half of the book is called 'The Bluebell Horizontal'. If the first section is about loss (the verticals), this section is about possibility (the horizontals). It includes a prayer ('Men I Have Heard in the Night'), a blessing ('Fleur de Sel') and a speculation on why we cling on to pain ('The Break'). There are poems about Joy Division and David Bowie and an elegy for first love. There are structures that arrest remembering and forgetting - monoliths and oubliettes - and the fundamental arrest of a poet's difficulty with words.

These poems are about what we make and hold on to and offer one another. They are also about how, as we get older and death becomes more and more a part of life, what we build and what we break out of becomes more important than ever.

What listeners say about The Built Moment