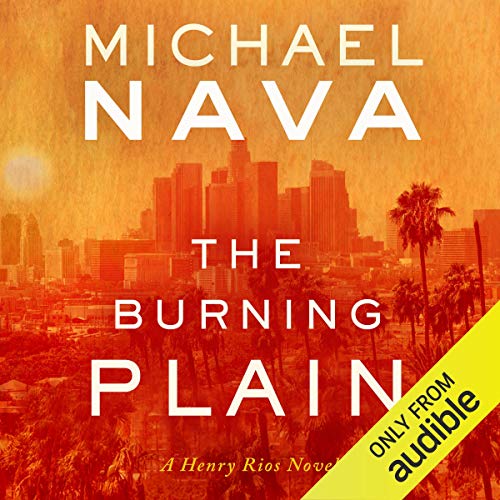 Gay Mexican American lawyer Henry Rios has fought bigotry and prejudice, battled alcoholism, and watched his lover die from AIDS. In The Burning Plain, he's wrongly accused of murder after a male prostitute he spent an evening with is savagely murdered. Rios proves his innocence, but when two more gay men are brutally murdered, he is drawn unwillingly into the hunt for a serial killer and soon finds himself up against an unsympathetic DA, a gay-bashing cop, reluctant witnesses, and a conspiracy among Hollywood's power elite.

What listeners say about The Burning Plain

After taking on a case as a favour to a friend Henry’s life spin out of control – more than usual I’d say. What follows is a bit of stalking (on Henry’s part), a few murders, some false accusations, police corruption and high powered men wanting to control the narrative and their empire. Sadly there are also innocent bystanders getting caught in the crossfire – because when doesn’t the innocent get caught in the middle? Through it all is Henry trying to find the truth and stand up to the injustices.

I have a habit if of not reading or only skimming blurbs before starting in a book. I don’t want to know too much about what’s going to happen before even picking it up. With these books, that ensures that I’m in for a surprise or two. These books have a habit of evoking physical reactions from me, rarely pleasant ones but very strong ones. It’s a testament to both Michael Nava and Thom Rivera’s talents. For me it’s a rare book that truly makes me feel. Sure I can giggle or get teary eyed, but once that particular scene is over, so is the feeling. Not here… not with this book, not with this series. Those feelings last for hours if not days. This time I had the misfortune of eating a rather delicious breakfast in a hotel restaurant when a particular event in this book made me wish for being anywhere else. The nausea that came then is still present now, many hours later as I’m writing this review, trying to think of everything else that happened in this book except that one thing. But it’s hard.

I do believe I’ve mentioned this many times before, these books are not for the faint hearted or for anyone looking for a happily ever after, because after listening to this books you question if happily ever after even do exist. If surviving and doing the best you can at any given moment is all you can hope to do. That being happy is a privilege only afforded a select few. Then again, if we’d seen Henry whole and happy with everything figured out, this series wouldn’t have been what it is – or have the impact it does.

Thom Rivera outdid himself with this performance. He has many different voices that really reflects the characters. I’ve mentioned his impersonation of Henry and how perfectly that fits for me, so I’ll leave you with that. However I also loved how he portrayed Rod, this scared teenager. Rivera made you feel his fear of being sent away, his desperation for freedom. He also makes a great queen (which I’m sorry to say I’ve lost the name of right now). I could really see him before me in all the dramatic and over the top glory and effeminate gestures. Like always he made experiencing this book a true journey, painful and harsh, but well worth it – nausea and all.

I’m sad that there’s only one book left in this series because these have been wonderful, and something you should experience too if you haven’t already.

Another intriguing Henry Rios mystery. This one is a bit darker then the others with a somewhat unsatisfying, though realistic, ending. I love this character and adore Nava’s writing. Perfect narration.

This is my third book in the series. I work for

the PD office and usually avoid crime fiction of whatever genre. Michael Nava had me hooked from the beginning. His characters are intelligent, complex, ambiguous, imperfect and so very human. They resonate and stay with me long after the books are finished.
Thomas Rivera's narration is truly phenomenal.

Another incredible performance by Mr. Rivera. He makes the listener believe the characters are real, not just words. Truly amazing.