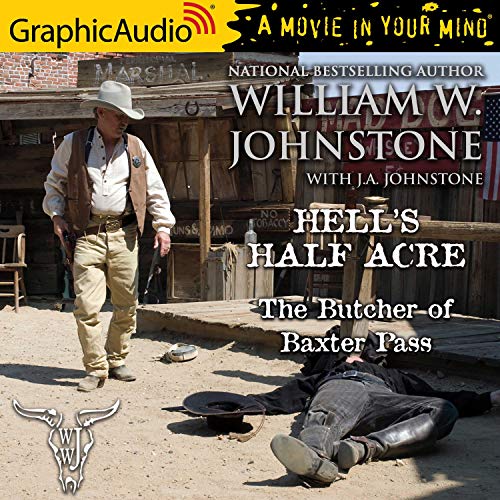 They call him "The Butcher of Baxter Pass," the notorious former Union General who massacred 200 Confederate prisoners just because he could! Now it's Sheriff Jess Casey's unenviable job to protect the bloodthirsty murderer from those who want him dead...pretty much everyone south of the Mason-Dixon Line!

When the Butcher arrives in Fort Worth followed by the vengeance-hungry McNamara clan, Casey has to swallow his disgust and uphold the law...even if it means saving a mass murderer's hide!

But it won't be easy. He's outgunned by a dozen ex-Rebel avengers who lost three of their kin to the Butcher and will shoot anyone who gets in their way. Unfortunately for them, Sheriff Casey is the one man who's brave enough - and crazy enough to try and stop them....

What listeners say about The Butcher of Baxter Pass [Dramatized Adaptation]