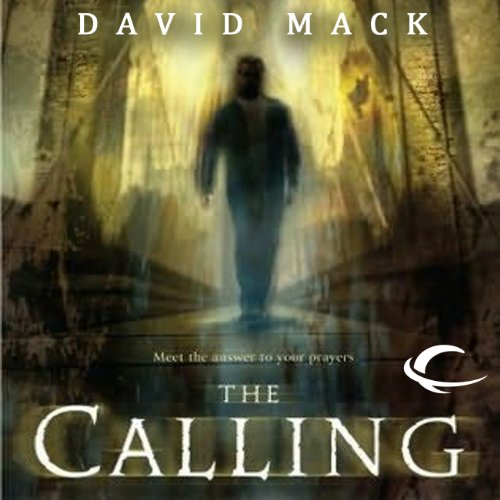 From acclaimed author David Mack comes a gripping supernatural thriller about a man who can hear other people’s prayers for help - involving him in an ancient, ongoing struggle between the forces of heaven and hell.

For millennia, a supernatural war has been waged on Earth, with all the souls who dwell there as its pawns. On one side are the Called - men and women guided by guardian angels who defend humanity from its own worst impulses. On the other side are the Scorned - people influenced by fallen angels.

Tom Nash is a member of the Called who works as a handyman and makes his living doing odd jobs. He’s 33 years old, married, and a few weeks away from becoming a father for the first time. And since he was 16, he’s been hearing other people’s prayers.

So when he hears the prayers of a kidnapped young girl in New York, he leaves his pregnant wife behind to help, unknowingly becoming a key figure in the ages-old conflict between the Called and the Scorned.

Expertly written, briskly paced, and featuring an edgy, cinematic style, The Calling is a page-turning thriller that listeners will be unable to put down.

Nice book with action and suspense throughout

Well written with a cohesive plot and plenty of action and suspense throughout the book. The ending dragged a little and did not close as well as I would have liked.

Belief is the cement that strengthens faith.

What did you love best about The Calling?

The author's ability to present his hero's strength of belief in God's calling, without denigrating or assuming the listeners religious preferences, It is a moving story that is about the power of faith without the distraction and disharmony of religion.

What was one of the most memorable moments of The Calling?

When he is woken to heed the calling and tells his very pregnant he must go,

What does Rob Dean bring to the story that you wouldn’t experience if you just read the book?

A quiet confident voice, great characterisation and a sense of reality.

An interesting presentation of what some will catergorise as para-normal, but the author has handled the subject in such away that this 'calling' seems entirely credible.