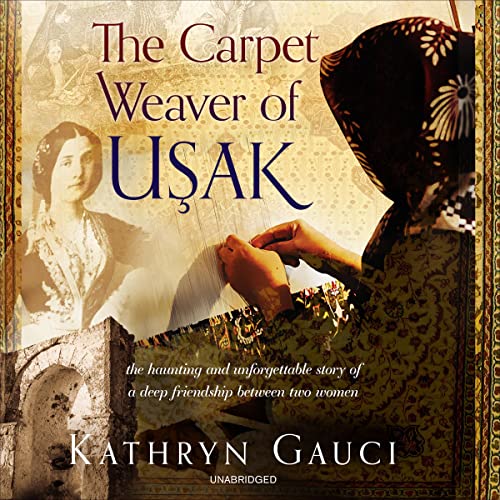 The Carpet Weaver of Usak

A haunting story of a deep friendship between two women, one Greek, one Turk. A friendship that transcends an era of mistrust, and fear, long after the wars have ended.

Aspasia and Saniye are friends from childhood. They share their secrets and joy, helping each other in times of trouble.

When WWI breaks, the news travels to the village, but the locals have no idea how it will affect their lives.

When the war ends, the Greeks come to the village, causing havoc, burning houses, and shooting Turks. The residents regard each other with suspicion. Their world has turned upside down, but some of the old friendships survive, despite the odds.

But the Greeks are finally defeated, and the situation changes once more, forcing the Greeks to leave the country. Yet, the friendship between the villagers still continues.

Many years later, in Athens, Christophorus tells his grandson and his daughter, Elpida, the missing parts of the story, and what he had to leave behind in Asia Minor.

A story of love, friendship, and loss; a tragedy that affects the lives of many on both sides of the Aegean, and their struggle to survive under new circumstances, as casualties of a war beyond their control.

If you enjoyed Louis de Berniers’s Birds without Wings, then you will love Kathryn Gauci’s The Carpet Weaver of Usak.

What listeners say about The Carpet Weaver of Usak