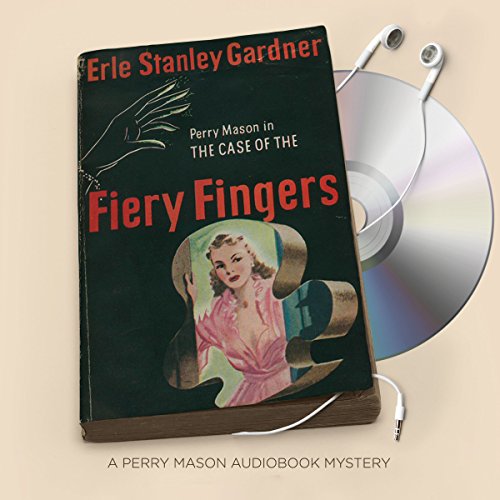 Poker-faced Nellie Conway, the nurses bed-ridden Elizabeth Bain, brings trouble when she calls on Perry Mason with a glass phial containing four pills which she suspects are poison. Her employer, Nathan Bain, she says, had promised her money to give them to his wife. But when Mason has one of the pills analyzed it is found to consist of acetylsalicylic - in other words good old-fashioned aspirin. Is Perry Mason's client a hoaxer, a psychopath, or something trickier? Nathan Bain's next move is to accuse Nellie of theft and provide proof by shining ultra-violet light on her fingers. The case which began like a joke suddenly becomes sinister. Perry gets his client out of this spot but trails her to Orleans where he has a hard job disentangling fact from theory on the subject of Mrs. Bain.

This is one of the toughest, most complicated webs of intrigue that Perry Mason has ever had to fight his way through. The Case of the Fiery Fingers shows Mason at his most efficient and Erle Stanley Gardner at his most professional.

What listeners say about The Case of the Fiery Fingers