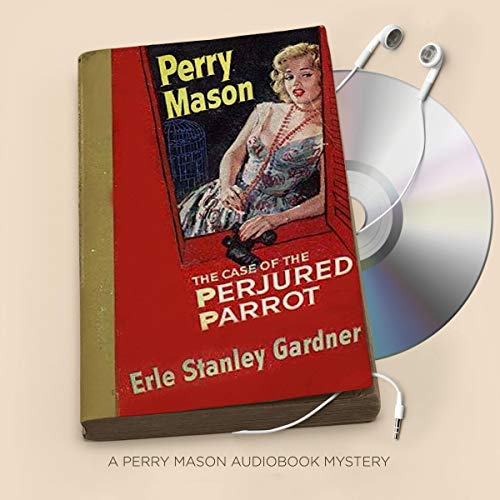 Did Wealthy Fremont Sabin divorce his wife before his untimely death? That's the multimillion-dollar question. And the right answer will mean a windfall for either the dead man's angry son or headstrong widow. Each has accused the other of destroying Sabin's will - and murdering Sabin. But with no document declaring to whom the affable eccentric intended to leave his fortune, Perry Mason faces a prickly puzzle.

Even more puzzling, however, is the talking parrot. Casanova was Fremont Sabin's beloved pet. But the bird found at the crime scene proves to be a foul-mouthed impostor. Suffice it to say that more than a few feathers will be ruffled as Mason sets out to clip a clever killer's wings.

What listeners say about The Case of the Perjured Parrot

Great story as always from Erle Stanley Gardner. The narrator did an excellent job of changing his voice for all the different characters! Enjoyable!

I thought this would end the same as the tv episode but I was wrong and happy that I listened to this one.
the more I listen to these the more I think about how the tv series was butchered.

Great book. Fun to read with plenty of twists and turns to keep you guessing.