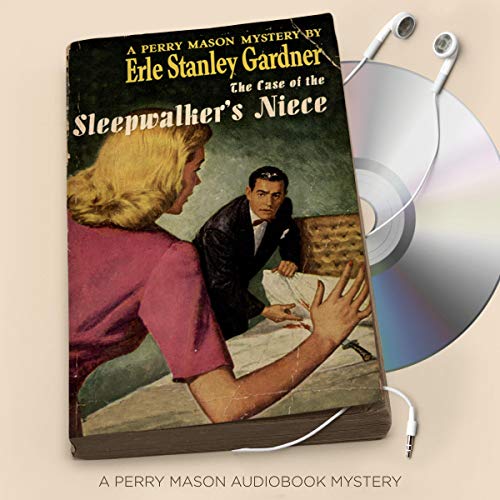 Who killed Philip Rease? Peter Kent was known to be a sleepwalker and a bloodstained knife was found under his pillow. There were people who would like to see Peter Kent out of the way, but would they frame him for murder? And would that explain the reason for Rease's death? It was another case full of traps for Perry Mason.

What listeners say about The Case of the Sleepwalker's Niece

As usual, much better than the TV episode.

Several chuckle worthy moments in a great yarn written by ESG in an completely different era.

Narration is good and the story first rate. There is nothing better than watching Perry fight for his clients in court.

My 8th Perry Mason book and I've loved them all! Perry seems a little more relaxed and mischievous in this one. Had a couple of chuckles. The narrator, Alexander Cendese matches my vision of Perry Mason perfectly. The only slightly negative comment I have is that most of Gardner's male characters are descripted as, "stooped." Otherwise I look forward to reading every Perry Mason book out there.