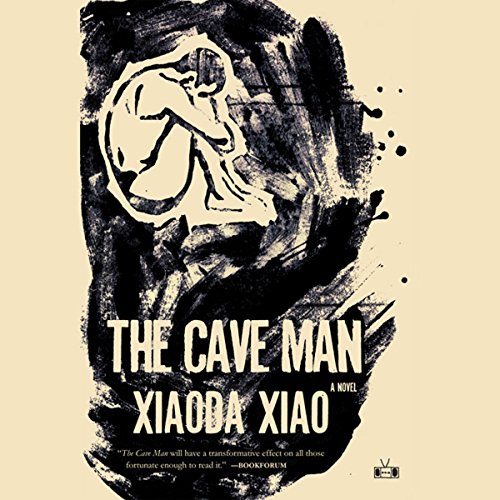 The Cave Man is an extraordinary and moving portrait of a man brutalized in Mao’s China, stripped of his most basic human faculties and emotions.

The story begins as Ja Feng is contained within a three-foot by four-and-one-half-foot solitary confinement cell in a prison camp. He has survived this punishment for a miraculous nine months, a period of time that has forced him to question his most basic thoughts and perceptions.

The Cave Man follows Ja Feng once he is released from his solitary confinement, as he is forced to integrate with fellow prisoners who view his skeletal figure and erratic screaming fits as freakish, and as he makes heartbreaking attempts to assimilate into Chinese culture, reestablish familial bonds, and seek out an ordinary human experience.

"Sometimes the survivors of oppression are able to speak up, to slip in a story or two of their own. The Cave Man by Xiaoda Xiao is one of those stories. The Cave Man is not an easy book to forget... a heartbreaking story of the struggle of an individual trying to assimilate back into a society that should welcome his willingness to conform, but instead forces him again and again back into isolation." (The Brooklyn Rail)
"[A] crushing debut. The book meanders through years and across continents in a life that is heroic in its resiliency. It's an excellent and moving novel.” (Publisher's Weekly)

an insight to another world

Forget current affairs and dry historical non fiction, if you want to learn about the modern Chinese mindset and where it comes from then this is the book for you. Brilliant in its simplicity.