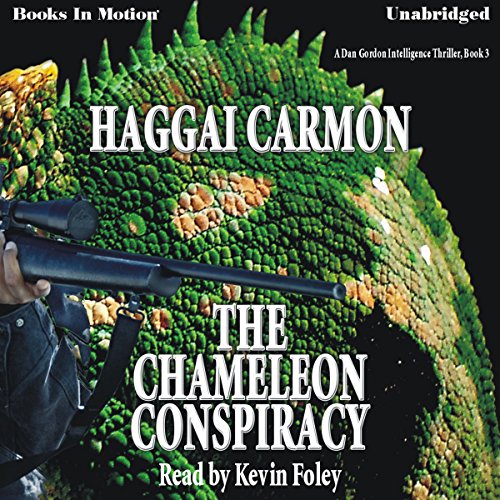 The master criminal and con man known as the Chameleon has eluded international law enforcement for 20 years. Dan Gordon was sure he finally had him, but he was left empty-handed. Now he won't rest until the Chameleon is stopped.

The Chameleon is actually more than a mere criminal - he's an undercover sleeper agent. But Gordon is more than he seems, too. He's an experienced hunter, trained by the Mossad, working now for the CIA.

What listeners say about The Chameleon Conspiracy

I had read good reviews, and was looking forward to a good book.
This was a rare book alright. Rare, in that I couldn't finish listening to it! The story line was pretty cerebral, without much / any action; but that wouldn't have deterred me. There was no character development, and the main / only character was not at all sympathetic, but that wouldn't have deterred me. But the reader was terrible--at least for this story. He read so slowly I though he would put HIMSELF to sleep. He also couldn't do accents, but actually kept trying. He put no real emotion into the reading either. I should add that the story was excessively wordy, and would have benefited from a good editor. Overall, however, I have no idea if I could have stood this book on paper, as it is one of very, very few that I didn't finish; and I have listened to many hundreds of audiobooks. In a nutshell, I recommend skipping this book. I will also avoid this reader in the future.