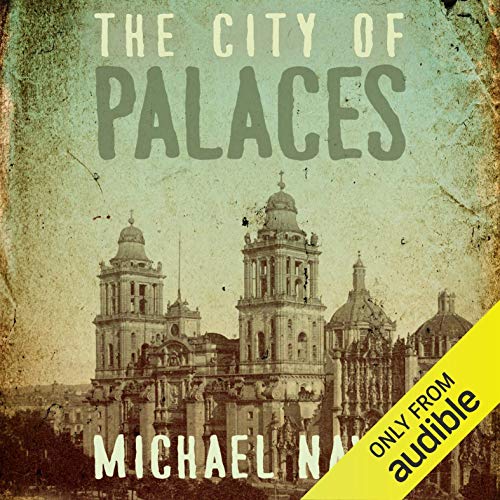 The City of Palaces

In the years before the Mexican Revolution, Mexico is ruled by a tiny elite that apes European culture, grows rich from foreign investment, and prizes racial purity. The vast majority of Mexicans, who are native or of mixed native and Spanish blood, are politically powerless and slowly starving to death. Presiding over this corrupt system is Don Porfirio Díaz, the ruthless and inscrutable president of the Republic.

Against this backdrop, The City of Palaces opens in a Mexico City jail with the meeting of Miguel Sarmiento and Alicia Gavilán. Miguel is a principled young doctor, only recently returned from Europe but wracked by guilt for a crime he committed as a medical student 10 years earlier. Alicia is the spinster daughter of an aristocratic family. Disfigured by smallpox, she has devoted herself to working with the city’s destitute. This unlikely pair - he a scientist and atheist and she a committed Christian - will marry. Through their eyes and the eyes of their young son, José, listeners follow the collapse of the old order and its bloody aftermath.

The City of Palaces is a sweeping novel of interwoven lives: Miguel and Alicia; José, a boy as beautiful and lonely as a child in a fairy tale; the idealistic Francisco Madero, who overthrows Díaz but is nevertheless destroyed by the tyrant’s political system; and Miguel’s cousin Luis, shunned as a “sodomite”. A glittering mosaic of the colonial past and the wealth of the modern age, The City of Palaces is a story of faith and reason, cathedrals and hovels, barefoot street vendors and frock-coated businessmen, grand opera and silent film, presidents and peasants, the living and the dead.

This book was originally published by the University of Wisconsin Press in 2014.

What listeners say about The City of Palaces