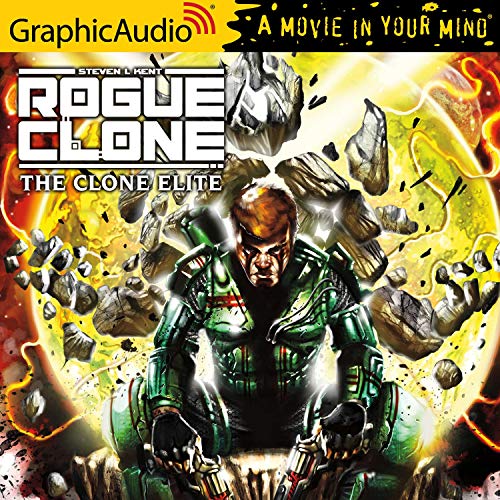 Earth, AD 2514: Humans have spread across the six arms of the Milky Way galaxy. The Unified Authority controls Earth's colonies with an iron fist and a powerful military - a military made up almost entirely of clones. Now the U.A. has crushed the Mogat uprising, but it may prove impossible to do the same to the cult's extraterrestrial allies....

Wayson Harris is not your ordinary clone. He is an outlawed model with a mind of his own, an unquenchable thirst for battle, and a huge chip on his shoulder. Harris quit the U.A. Marines once it became clear its officers didn't give a damn how many clones were lost. But now he's been recalled for duty under the Elite Conscription Act.

An unstoppable alien force is advancing on Earth, wiping out the U.A.'s colonies one by one along the way. It's up to Harris and his men to make a last stand on the planet of New Copenhagen, where they must win the battle and the war - or lose all.

What listeners say about The Clone Elite [Dramatized Adaptation]