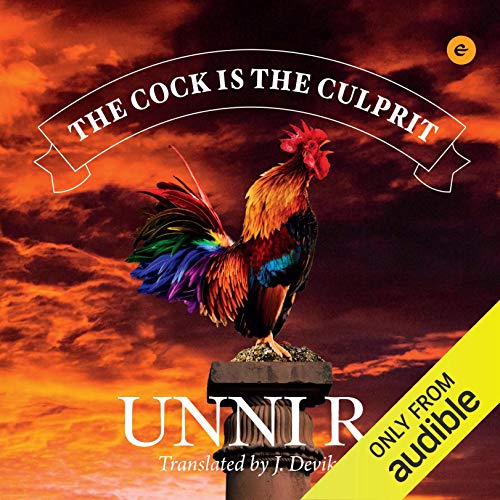 ‘The butterfly effect of the crowing of a rooster in the wrong place at the wrong time unleashes chaotic winds of change in a village. In this stunning tale, Unni R. holds up a mirror to Kerala society, with all its foibles and deceptions, and its recently acquired appetite for top-down bigotry. Masterly storytelling laced with wit and humaneness.’ (N.S. Madhavan)

In a small village in Kerala, people begin to feel threatened by an invisible rooster that crows at odd hours. It is heard interrupting the morning and night prayers at the temple, the mass at the church, the azaan at the mosque and the martyrs’ day ceremony. When it hoots in the middle of the national anthem being sung at the local school, it is instantly labelled as a threat to national security. It offends the sentiments of all those who are religious, political, patriarchal, exploitative, fanatical and homophobic. Naturally, there are many baying for its blood. The witch-hunt that ensues fuels suspicions that the invisible cock might even be a human; an anarchist who is trying to destabilize the nation with help from outside.

Incisive and hilarious by turns, The Cock Is the Culprit does an astute job of exposing the dark underbelly of Kerala society.

What listeners say about The Cock Is the Culprit