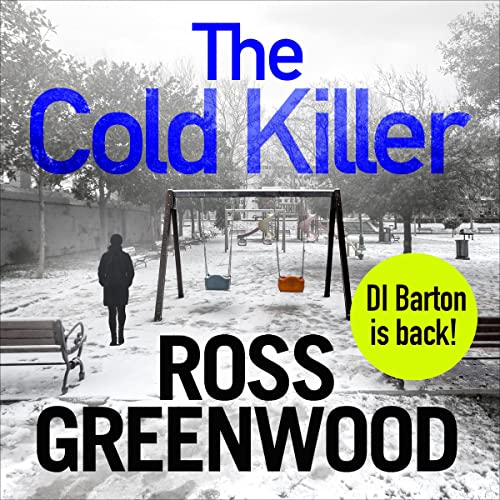 It's hard to live when you think you deserve to die....

When a tired old inmate is found dead in his cell, the prison is obligated to investigate and so DI Barton attends. The men he interviews have been convicted of some of the worst things a human being can do, but it appears likely that the death was due to natural causes.

When the house of the dead man is burgled and that crime is followed by a suspicious fire, Barton desperately needs to speak to his widow, but she’s nowhere to be found.

In the space of 24 hours, everyone he wants to talk to has vanished. Then he receives some post, which makes him believe he could be the next to disappear.

Barton’s investigation goes full circle, through a series of brutal murders, back to the prison, and all signs are pointing to the fact that he’s made a terrible mistake.

There’s a violent killer on the loose who wants everyone to learn that some people deserve to die.

DI Barton is back as Ross Greenwood continues with his best-selling series, perfect for fans of Mark Billingham and Ian Rankin.

"Move over Rebus and Morse; a new entry has joined the list of great crime investigators in the form of Detective Inspector John Barton. A rich cast of characters and an explosive plot kept me turning the pages until the final dramatic twist." (Richard Burke)

"Master of the psychological thriller genre Ross Greenwood once again proves his talent for creating engrossing and gritty novels that draw you right in and won’t let go until you’ve reached the shocking ending." (Caroline Vincent, BitsAboutBooks)

"Ross Greenwood doesn’t write clichés. What he has written here is a fast-paced, action-filled puzzle with believable characters that's spiced with a lot of humour." (Kath Middleton)

What listeners say about The Cold Killer

Another one out of the park!

Another hit! This author just gets better. Great plot twists which kept me guessing and I am loving the character development. Excellent narration.

I thought it would be a better than it is. I just can't finish it...

Another 5 star review for the 4th installment of DI Barton and his squad of brilliant, detectives! If you like books with murderous, intricate plots, likable characters and spot on narrating, this book is for you! Seriously cannot wait for the next one!

This is another great book in this series.

The plot kept me guessing and the characters were well developed.

Ross greenwood has done it again !

I only listen to crime novels and ross greenwood series with DCI barton are the best detective series iv come across and i listen to a book in a day most days all day while im at work and then when i get home ! I adore all his other books and cant wait for more to come his story wrighting is like no other i love the chapters from the killer !! Please keep them coming !!!

Great book worth the wait

glad to have di Barton back with a great range of psychotic criminals . loved the story line. sad funny clever scary everything you want from a crime book

I have listened to all four DI Barton books one after the other have throughly enjoyed each story I like the way the story is told from both perspectives. Looking forward to the next one

Started well but became boring and felt contrived. Waded through to end smiling some long dull parts ...about 2 hours was good . Not going to get more of Deavers books after this.

Not the best in this series

I did enjoy this bizarre ride through the prison system but speaking as a fan of this series, I have to say this is not the best installment, it's enjoyable but just not as good as those that came before.
For those true fans, please persevere for the first half, it really does pick up in the second half, it ends well too, most satisfactory ending in fact.