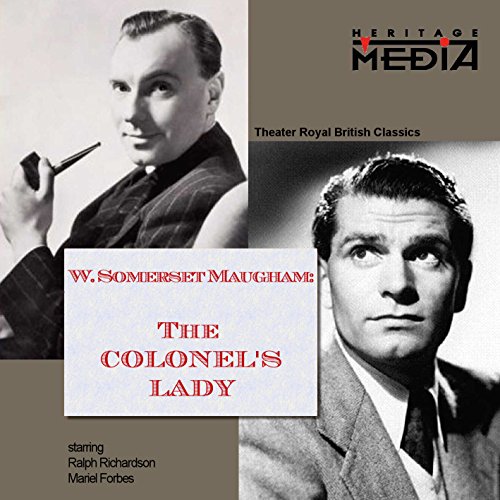 W. Somerset Maugham's The Colonel's Lady was first published in 1946. Ralph Richardson plays Colonel George Peregrine who lives in Warwickshire with his wife Evie, played by Mariel Forbes, Richardson's own wife. Little does he suspect that she is a successful author when the post brings a book of poems.

What listeners say about The Colonel's Lady

A short wise tale of a wife's perspective, relationships enduring the long passage time, and her deep longing for their lost intimacy.

Use headphones to hear

Why change the ending?

The short story is wonderful, a masterpiece of storytelling. I have read it in two different books, and it ends with George's comment/question "what in the name of heaven did the fellow see in her?". I don't understand why they added that final scene. It made absolutely no sense to me, and felt like a nubbin.

The music was as bad as a toothache!