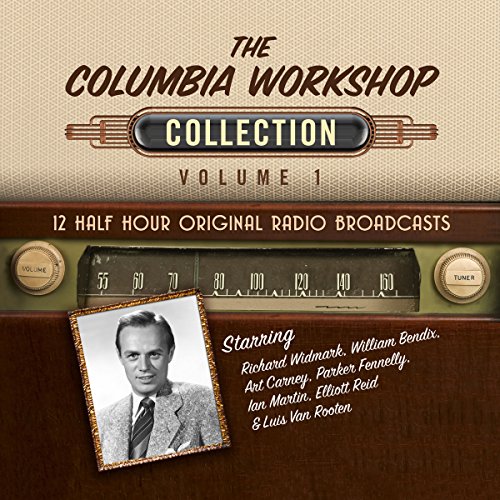 The Columbia Workshop aired on CBS radio from 1936 until 1947. Created by Irving Reis, it was an experimental platform with no boundaries for what radio had to offer. In its debut broadcast it noted that The Columbia Workshop dedicates itself to the purposes of familiarizing you with the story behind radio, both in broadcasting, as well as in aviation, shipping, communication and pathology, and to experiment in new techniques with a hope of discovering or evolving new and better forms of radio presentation, with special emphasis on radio drama; to encourage and present the work of new writers and artists who may have fresh and vital ideas to contribute. Broadcast from New York, it featured the biggest stars from stage, screen and radio including Orson Welles, Burgess Meredith, Agnes Moorehead, Frank Lovejoy, Elsa Lanchester, Joseph Cotten, Richard Widmark, Art Carney, Charles Laughton, Vincent Price and Laurence Olivier. Stories were by William Shakespeare, Oscar Wilde, Charles Dickens, John Keats, Edgar Allan Poe, Ernest Hemingway, Norman Corwin, Stephen Vincent Benet, Rudyard Kipling, Mark Twain, Lucille Fletcher, Carl Sandburg and Herman Melville with music by Bernard Herrmann.