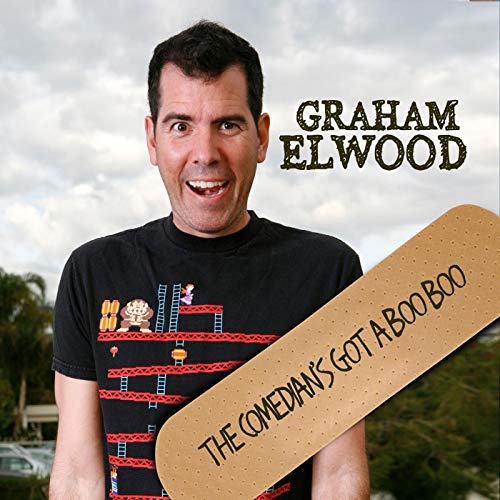 The Comedian's Got a Boo Boo

High-octane good times are had by all when Graham Elwood comes to the stage. Which is what you'll get by listening to Graham Elwood: The Comedian's Got a Boo Boo. Whether he's talking about the 13-state medical marijuana tour with Doug Benson, entertaining the military in Afghanistan and Iraq, or punishing mic stands with his karate skills as a second degree yellow belt, Elwood is a comedy storm. You can see him in Super High Me, on Doug Benson's The High Road on G4, as a correspondent for The Daily Habit on Fuel TV, The Sarah Silverman Program, in the feature documentary film Laffghanistan or in a comedy club, college, firebase, or theater Palm Striking his way through amped up crowds. Put on your rain coats 'cause here comes the thunder and its name is Graham Elwood. PALM STRIKE!

What listeners say about The Comedian's Got a Boo Boo