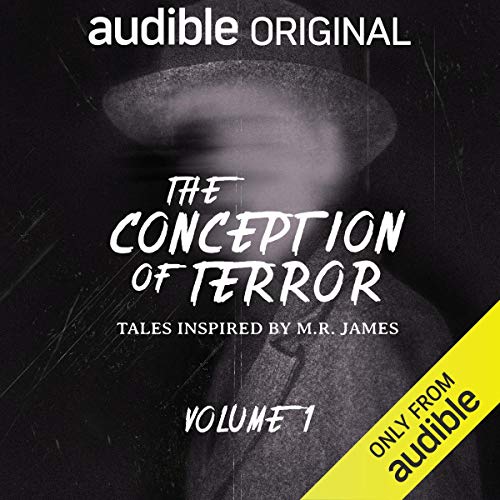 When academic Jo Harrington (Anna Maxwell Martin) is sent a paper - The Truth of Alchemy, by Anton Karswell - for peer review, she pulls no punches. It has no place in a serious academic publication, and Karswell is a half-bright fool. However, when the editor writes a rejection note to Karswell, he inadvertently includes her entire email. Occultist Karswell (Reece Shearsmith) doesn’t take kindly to criticism.

On the tube home with her partner Edward Dunning (Tom Burke), Jo spots a poster with her name on it. It reads: 'In memory of Joanne Harrington, M.Litt, PhD, died September eighteenth, three days were allowed.' Is there anything that Edward can do to save Jo from this curse?

Teenager Stephanie Elliot (Rosa Coduri) is taken to Aswarby House to be fostered by Mrs Bunch (Susan Jameson). Stephanie strikes up a friendship with Ben (Bill Milner), the adopted son of charismatic community leader Mr Abney (Jeff Rawle). He tells her that Mr Abney is a good man: he even took in a child refugee last year, but she ran away and stole from him. Stephanie is troubled by voices and visions of a dead girl clutching at her chest, and when Ben disappears she begins to suspect that all is not right in Aswarby House.

The Treasure of Abbot-Thomas - adapted by Jonathan Barnes

When former Somerton school pupil Greg Parsbury (Robert Bathurst) meets history teacher Mika Chantry (Pearl Mackie) at a memorial service for schoolmaster Sam Abbot-Thomas, he begs for her help. He has been sent a postcard by the estate of the mysterious and charismatic Abbot-Thomas. On it is a strange inscription in Latin, which he believes to be an inaugural clue in a treasure hunt: much like the elaborate treasure hunts Abbot-Thomas used to set back in the 1970s. There were rumours that Abbot-Thomas possessed a hidden fortune, and Parsbury and Chantry set out to find it.

A View from a Hill - adapted by Mark Morris

Comedian and podcaster Paul Fanshawe (Andy Nyman) and his wife, Sarah (Alice Lowe), visit the Cotswolds on holiday, trying to rebuild their lives after the death of their young son, Archie. Whilst out walking they spot a beautiful abbey across the valley on Gallows Hill, but when they reach it, they find the building is little more than rubble. While Sarah explores, Paul records commentary for his podcast. Sarah thinks she hears children’s laughter, but there’s no-one there. Later that night she listens back to the recording and hears a child’s voice whisper, 'Mummy.' Sarah is convinced that Archie is trying to reach them and wants to return to the ruins. But something far worse is waiting for them on Gallows Hill.

What listeners say about The Conception of Terror: Tales Inspired by M. R. James - Volume 1

These stories are unfortunately mediocre. At best, they're interesting enough to grab my attention for a few moments, and at worst they're cringingly uncomfortable - and not in a scary way. There are long, awkward pauses wherein nothing is happening and the listener is left to imagine what the characters might be experiencing. The only issue with this is that these silences are often filled with uncomfortable heavy breathing and panting (and in one notably unsettling instance, squelching), which I imagine is meant to convey the terror of the situation, but is ultimately just.... awkward. It's also widespread enough throughout the stories that I feel confident it was a directional choice more-so than the acting (which was pretty decent).

For me, the most enjoyable story was the first - but not until the second half. The antagonist and main male character have a bizarre antagonistic chemistry which - while entertaining - didn't feel very emotionally appropriate within the context of the story. Even so, it was engaging and at times even funny.

Ultimately, skirting the edge of heavy topics without actually delving into the depths of them, coupled with some awkward voice acting direction, and easily predictable stories with non-memorable characters, made this a somewhat disappointing listen. I do think that it's worth listening to if you're a fan of the genre, or if you're just bored at work and need something to listen to. Just don't expect highly engaging horror stories out of it.

Frankly I have learned to not expect very much from the Audible original selection. Every once in a while a selection is offered that shatters all of my expectations by being...good.
The Conception of Terror offers readers (well I guess in our case it would be listeners) four tales that are both original and genuinely creepy.

I heard about this audiobook online and thought I'd give it a go. The fact that it was retellings of M.R.James tales with a modern setting AND an audio drama intrigued me. The production is top-notch - all of the sound effects really add to the telling of the stories, and the narration is fantastic! The way the stories were transposed to the modern era was done well, just keep in mind that these are stories inspired by the originals so there will be differences between the two. They chose some of the best M.R. James tales to redo, with Casting the Runes and The Treasure of Abbot Thomas standing out as the most well done. I'm looking forward to the next volume in the series!

these were so well written, well executed, and exactly what I look for in horror/thriller shorts

I have only listened to the first story (Casting the Runes) and I was seriously scared. Creeped out. What a great story and so well done to make me feel that way. A good story beats a horror movie any day.

It was ok. It gave me something to listen too while I worked but I definitely didn't look forward to turning it on or anything.

I did not like the style of the narration

To be fair I couldn't even get into the story because of the narration. Not for me.

Stories are ok; not so scary. I couldn't understand much of the English in Casting the Runes, even though English is my native language.(Spoken super quickly through most of the narration. Not sure why. Maybe just a colloquial thing my American ears couldn't keep up with.)

Listened to the first two stories and couldn't bare to continue. No suspense whatsoever. Just a waste of time.
Trust the bad ratings

Being an M.R. James fan, I wasn’t sure I was going to enjoy these reimagined classic tales. When I saw they were a Bafflegab production, any concerns evaporated. These are masterful modern ghost stories, told as full-cast audio dramas. Everything from the performances to the sound design is spot on. I’m very glad I didn’t listen to these in the dark.

I was driving through the the night into the early hours of the morning when I pressed play for the first time on this audio book. The music, the voice acting, the story - turned my world upside down, the lone car on the motorway steadily creeping up behind me didn't look or feel so innocent. Genuine fear took me and yet, left me wanting more. 10/10 recommend.

I hope and really want them to make a volume 2.

Good chilling ghost stories with a fresh coat of paint.

I bagged this collection of dramas on something of a whim, not realising that it was largely adapted from the original stories rather than inspired by them.

When I realised my error, being a bit of a traditionalist and very fond of the originals I confess I sucked in my breath and expected the worst. What a treat it was to discover that each adaptation was a faithful but smartly updated version of each story. Great acting, faithful but fresh versions of the originals in all cases but the last even if Lost Hearts was perhaps a trifle over ripe at the end and ‘A view from a hill’ was radically altered’.

Highly recommended for fans of the classic ghost story.

NOTHING TO DO WITH M.R JAMES INSULTING & CHILDISH

Intellectual M.R.JAMES would turn his grave about these writers using their poor and childish amateur rewritings of his works, that are just an excuse for them to put his good name to their abysmal work instead of them trying to write good works themselves. . This set is Appalling. Deleted and Returned.
PLEASE STOP THIS PROCESS OF STEALING OLD CLASSICS (RUINING THEM). WRITE YOUR OWN WORKS.

Waste of a good credit

Was I terrified? No.
Was I annoyed? Yes.
I spent my credit on drivel. The stories were crap and I didn't understand any of the story lines. Don't bother.

I found that these dramas have the basic plots of the James stories but none of the atmosphere. Gone is the isolated/lonely protagonist that’s key to a James story(something the BBC’s ghost stories for Christmas did so well). Instead we have mainly annoying pairs of characters husbands and wife’s etc explaining what’s happening, the result is that any sense of horror from the original stories is tamed. James can work in audiobook drama however and I found the bbc spinechillers to be more successful in capturing his unique style. Overall these are fully competent audio dramas but may be a disappointment to fans of M R James

Disappointing, great performances but let down by stories

Disappointing, great performances but let down by stories.

It says inspired by M.R. Jame but I would have said re-worked and dramatised M.R. James stories.

The idea to put the stories into the modern world was a good one and the acting and production were superb.

However despite the stories being pretty dark to begin with, the writers couldn’t resist making them darker and more miserable than the originals.

None of these endings were an improvement on the originals in my opinion.

If you know M.R. James don’t listen to these they will just irritate you. If you don’t know M.R. James and buy this audiobook make sure you read the real thing afterwards.

Get a wiggle on - I want to hear more

Really enjoyed these stories with their revised take on the classics. Some were better than others and most of the actors were fantastic. None were dissapointing. I keep searching the new releases for the next collection. Come on Audible, get a wiggle on, you're on to something good here.

I've been a massive fan of M R James for years now but unfortunately this isn't something I can say I enjoyed. The production people have tried to bring his classic stories into the modern day but have turned it into a lefty, PC pantomime. Some of the ideas are good but fall short of the original source material. Voice actors were ok but a little dull and unenthusiastic.
Disappointed.

A fine tribute to the great man

I’ve loved the M.R.James ghost stories for many years, and have collected all I can in various formats. I think the master would thoroughly approve of these tales and performances. They are genuinely scary , in his understated style. I was a little disappointed by the ending of “Lost Hearts”, but otherwise I enjoyed these a lot, and will definitely buy any future volumes when they appear.
Wonderful.

a brilliant collection of stories set in the modern day and dramatised brilliantly. loved it.