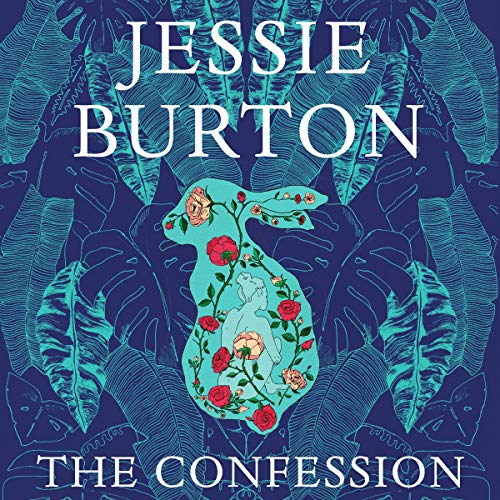 The sensational Sunday Times best seller from Jessie Burton, the million-copy bestselling author of The Miniaturist and The Muse.

One winter's afternoon on Hampstead Heath in 1980, Elise Morceau meets Constance Holden and quickly falls under her spell. Connie is bold and alluring, a successful writer whose novel is being turned into a major Hollywood film. Elise follows Connie to LA, a city of strange dreams and swimming pools and late-night gatherings of glamorous people. But whilst Connie thrives on the heat and electricity of this new world where everyone is reaching for the stars and no one is telling the truth, Elise finds herself floundering. When she overhears a conversation at a party that turns everything on its head, Elise makes an impulsive decision that will change her life forever.

Three decades later, Rose Simmons is seeking answers about her mother, who disappeared when she was a baby. Having learned that the last person to see her was Constance Holden, a reclusive novelist who withdrew from public life at the peak of her fame, Rose is drawn to the door of Connie's imposing house in search of a confession....

From the million-copy best-selling author of The Miniaturist and The Muse, The Confession is a luminous, powerful and deeply moving novel about secrets and storytelling, motherhood and friendship, and how we lose and find ourselves.

What listeners say about The Confession

I truly enjoyed how you get to understand Connie as who she is now before understanding who she was then. It just shows that people really do change over the years and one cannot judge others by who they were in the past. Her character was my favourite.

I am not a mother but I can see how mothers would understand more the emotions that all of the women go through.

This book is incredible!

I love Jessie Burton’s writing and this is my favourite of her books. She just keeps getting better and better. This book made me ache. It made me cry. It made me think. It made me see things in myself I hadn’t seen before. And it’s read so beautifully by Hayley Atwell, too. Simply incredible.

I loved this book. Beautiful thoughtful prose. Captivating mesmerising characters whose stories and inner worlds will stay in your memory. Something to stop and think about in almost every line.

I loved everything about this book. The characters will stay with me for a long time. Beautifully read my Hayley Atwell.

Nothing like her previous wonderful books.
Generations of women full of angst trying to decide who they are. Self obsessed narcisits. No sympathetic characters. No conclusion.

This for me was one of those books I was sad to finish....I loved the characters and wanted to spend more time with them. I highly recommend this book.

Absolutely loved this book. I couldn’t stop listening. The characters had real depth and although the storyline was not predictable. Would love to follow the characters further.

This book gripped me from the beginning to end! I especially LOVED the narrator. One of the best ones I’ve heard in awhile. She brought the characters to life, and did an excellent job with the different accents. Highly recommended!

A wonderful story, thoroughly enjoyed it. Narrated so beautifully. Another great book by Jessie Burton

not my cup of tea

I didn't really like the characters which made it hard to care what happened to them.

A fabulous book to start the New Year! Narration was spot on. An intriguing and thought provoking tale. Thoroughly recommended.

I couldn't stop listening to this. What a great great story. Can't wait to hear what Jessie Burton brings out next!