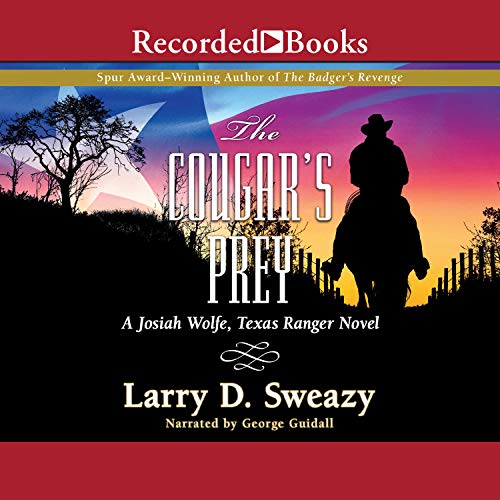 While Texas Ranger Josiah Wolfe may have been cleared of any wrongdoing in the death of his former commanding officer, the press in Austin is a good deal less forgiving. With most of the town baying for his blood, Josiah eagerly accepts a special assignment that takes him south to Corpus Christi.

Assuming a secret identity, Josiah's first solo mission has him playing the part of a spy in order to investigate a slew of thefts that are leaving the local ranchers angry as hell. After four long months away from home, Josiah will have to risk everything to bring the leader of the raids, Juan Cortina, to justice if he ever wants to return to his family - and the complications that await in Austin....

"A gem among gems. Sweazy is a superb storyteller, and this quick-moving yarn is cut from tightly-woven cloth. He breathes life into the frontier, and readers are immersed in the sights, sounds, and ever-present threat of death lurking at every corner." (Phil Dunlap, author of Cotton's War)

What listeners say about The Cougar's Prey