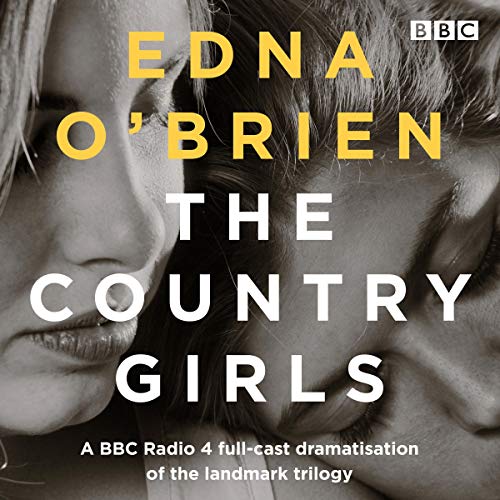 Now a much-loved modern classic, the Country Girls Trilogy was fiercely controversial when first published in the 1960s. Banned by the Irish censors and burned by the church, the books nonetheless achieved widespread acclaim and international success and launched Edna O’Brien’s literary career.

These three BBC radio adaptations follow the lives and loves of best friends Kate and Baba, two teenage girls growing up in repressive rural Ireland in the years before the sexual revolution. The Country Girls sees the duo leaving their small country village for convent school - but the bright lights of Dublin beckon, promising glamour, adventure and romance. In The Lonely Girl, dreamy Kate longs for love, while worldly-wise Baba makes the most of the opportunities the big city offers. Girls in Their Married Bliss finds the two friends living across the sea in London, where both have found husbands - but will marriage and motherhood bring happiness or heartbreak?

Funny, moving and painfully honest, these evocative dramas are a passionate affirmation of female friendship and desire and a vivid portrait of a country struggling to throw off the shackles of prudishness, misogyny and religious conservatism. Charlie Murphy (Peaky Blinders, Happy Valley) stars as Kate, with Aoibhinn McGinnity (Resistance, Nightflyers) as Baba.

Edna O'Brien is the much acclaimed author of The Country Girls Trilogy. She recently won the David Cohen Prize for Literature for having “broken down social and sexual barriers for women in Ireland and beyond and moved mountains both politically and lyrically through her writing”.

Produced and directed by Sally Avens and Jessica Dromgoole.

What listeners say about The Country Girls

Can't recommend this highly enough. I had read Edna O'Brien's 'Country Girl - A Memoir' which is memorable, so needed more of her. I recognised some of her own story in her fiction. I will certainly be reading more of her work.

I loved this! I didn't want it to end. Definitely one I'll listen to again.

Wished it continued! Why nuatci write 15 words for a review? that seems silly Audible

The characters were on point. Loved listening to the story unfold. Brilliantly done, very enjoyable.

loved every bit of it.

A great dramatisation. I was so sad to finish it and felt like going straight back to the start.