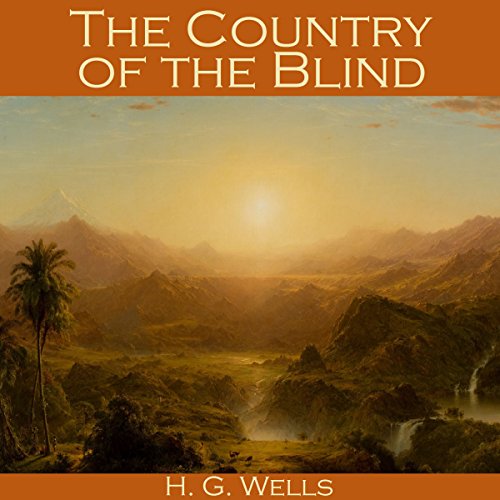 The Country of the Blind

Herbert George Wells (1866-1946) was a prolific English writer, now best remembered for his science fiction novels and often credited as being the father of science fiction.

'The Country of the Blind' is the strange story of a mountain guide who accidently falls off a cliff ledge in the Andes. He survives the fall unhurt, and finds himself in a remote valley where a tribe lives completely cut off from the rest of the world.

A hereditary illness has meant that for 15 generations all the members of the tribe have been born blind. As a result, they now have a highly evolved sense of hearing, scent and touch. 'In the land of the blind, the one-eyed man is king,' thinks the mountaineer. But he finds that the gift of sight is far less useful or appreciated that he had expected in the country of the blind.

Appallinly read by a woman, of all things.

HG wells was a man, and this dreadful rendition is ghastly-Don't touch it with a bargepole

Great story but awful, awful narration makes it almost unlistenable. A robot could do it better. This is a shame backside it's a great story