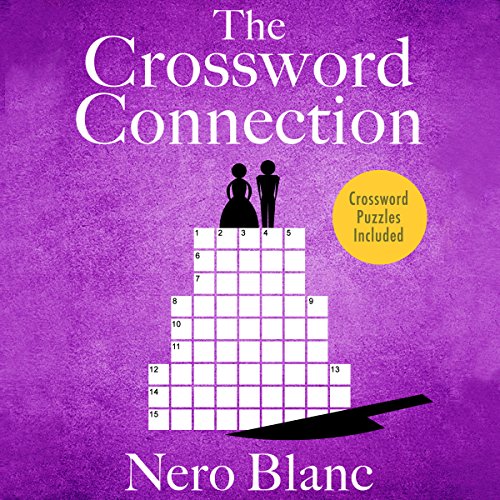 PI Rosco Polycrates and crossword editor Belle Graham are about to tie the knot, but a nasty case of multiple murders could give them cold feet.

A homeless man has been found in an alley, clobbered to death. The crime seems pretty cut and dried - vagrants fighting over turf - until the Newcastle Police Department uncovers a connection to a local shelter in danger of being taken over by greedy developers. Is the dead John Doe a victim of some sinister plot? And what became of the scruffy mutt he had recently adopted?

Recruited to find the missing puppy, private investigator Rosco Polycrates has to juggle the search with his upcoming nuptials to Belle Graham. And soon a second murder shatters the serenity of their scenic Massachusetts town. Then Rosco disappears...and Belle starts receiving threatening messages concealed in fiendishly clever crossword clues. Will Rosco become the third victim?

With time running out, the queen of cryptics races to fill in the blanks before her wedding is put on hold - forever.

This audiobook includes six crossword puzzles that can be downloaded as a PDF, with answers.

What listeners say about The Crossword Connection

This is a pretty good mystery. It's well plotted and has a fast pace. I do not particularly like that the lead female character is never given enough credit.