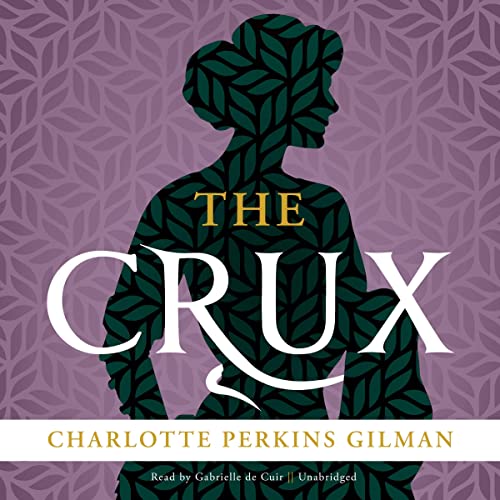 If some say “Innocence is the greatest charm of young girls,” the answer is, “What good does it do them?”

The Crux is the story of group of women who move from New England to Colorado in order to run a boardinghouse for men. One of these women, the young Vivian Lane, falls in love with a man who has both gonorrhea and syphilis. It then falls to Vivian, when she learns of his illnesses, to decide whether she should marry and have children with this man. She is torn between her own heart and the “duty” of motherhood, as one doctor in the novel puts it, to have children with a healthy father.

Through a twenty-first-century lens, Charlotte Perkins Gilman uses this novel to advocate for young women to be educated, to educate themselves, and ensure they are provided all the information they need in order to make informed decisions about their life. But that is not the only reason The Crux is vital to understanding the progression of feminism in the United States.

This early piece of feminist literature is an encapsulation of some of early twentieth-century America’s greatest cultural anxieties and issues. Gender and feminism are at the forefront of The Crux, but Gilman also addresses fears regarding eugenics, contagion, and disease, as well as the biological and nationalistic components that were prevalent in the feminist movement of the time. Gilman’s brand of utopian feminism, which she would further explore in her novel Herland, was both a revelation and a product of its time, and therefore remains an insightful and provocative piece of literature to this day.

What listeners say about The Crux