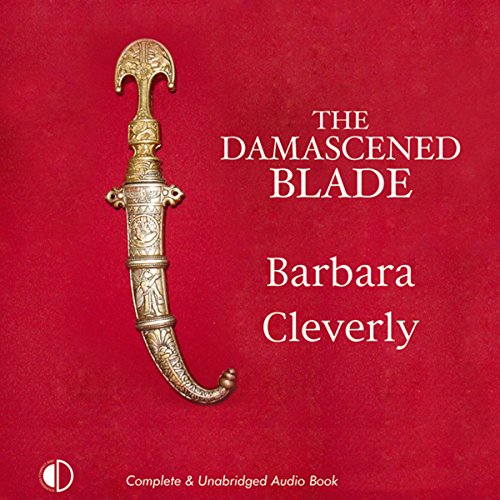 Events that took place on the Northwest Frontier of India in 1910 are resurrected for Joe Sandilands 12 years later.

On a welcome break from his duties, he is spending a fortnight with his old army friend James Lindsay, commander of the British army's fort at Gor Khatri on the Afghan border. There is an uneasy peace in operation, but into the delicate situation is injected an ill-assorted group of visitors.

After a skirmish that results in the death of a Pathan prince and the taking of hostages, Joe and James are given a week in which to find the killer. Otherwise the frontier is likely to erupt into war. Drawing on all his skills, Joe sets out to find the murderer.

Adventure and murder mystery set during the British Raij

If you enjoy a classic who dune it, with just the right amount of old time serial adventure rolled in, set during the British Raij, then this is the book for you. To paraphrase the main character, " a jolly good show all around!"

I had been looking for an author similar to Charles Todd. Many that I tried had a heavy romance aspect which is not my thing. Others were historically inaccurate, didn't ring true, or were boring. Barbara Cleverly is a spellbinding storyteller. Her grasp of time and place is assured and accurate. The Damascened Blade is highly recommended - a fabulous tale.

Complex plot not sorted out till the end.

Barnara Cleverly writes really clever mysteries. They all seem to start out with events which happend will before the actual events in the books. In this case the death of a Medical Officer at the hand of native tribesman on the Khyber Pass/.

The detective is the Scotland Yard inspector Joe Sandilands. The two books I have read have been set in India in the waning days of the Raj. The characters are rather formulaic. They always include the government of the Raj, a determined, independent lovely looking female, and assorted local figures who are prominent in the story and the mystery.

This mystery involves the muder of a native prince who is heir to leadership of his Pushto tribe. In the course of unravelling the mysters are main characters get kidneapped to the secluded fortress of the tribe with Joe Sandilands riding to the rescue.

In a way it almost felt like Zane Grey in the Raj and the mystery is never solved until the end. In fact there are so many twist and turns that everyone is a main suspect at one time or another.

However, while the book was decent I won't be reading anymore by this author. I found the formula unappealing and her female heroines are really distateful and I don't like them. I am not too fond of her detective either, who seems to be the enigmatic type that knows everything and lets the story play out.

I didn't much care for the narrator who is rather breathy. But of course this may be due to Cleverly's writings which seems to be short choppy sentences. The books goes on a little too long and drags in the middle.

Nevertheless if it still a good plot with lots of twists and turns.

Would you try another book written by Barbara Cleverly or narrated by Terry Wale?

I loved the Last Kashmiri Rose by same author and narrator, but this was no where near the same league.

What was most disappointing about Barbara Cleverly’s story?

It was tedious, long winded, nothing much happened, and the section introducing the characters as they arrived at the Fort I had to listen to a number of times to distinguish who was who.

The opening scene, which was clear and precise.

What character would you cut from The Damascened Blade?

Hard to say as they were not well drawn, and one felt no emotional involvement with any of them. Three were excessively annoying and I had no empathy for them or their plight.

The Last Kashmiri Rose (book 1) is so beautifully written that you could hear and smell India. The descriptions were thorough and exquisite. The characters were well drawn and given life through small nuances and characteristics. The detail in the book was outstanding and the writer's research was top class. This book however, lacks all those qualities and one of the few I have had to attempt to return to on a numer of occasions but still cannot finish. A disappointment.

Not sure if it is the narrator, Joe or India but I can't get enough of this series. Beautifully drafted but a gentle enough listen whilst ironing, sewing or just relaxing. Certainly one of my favourites.